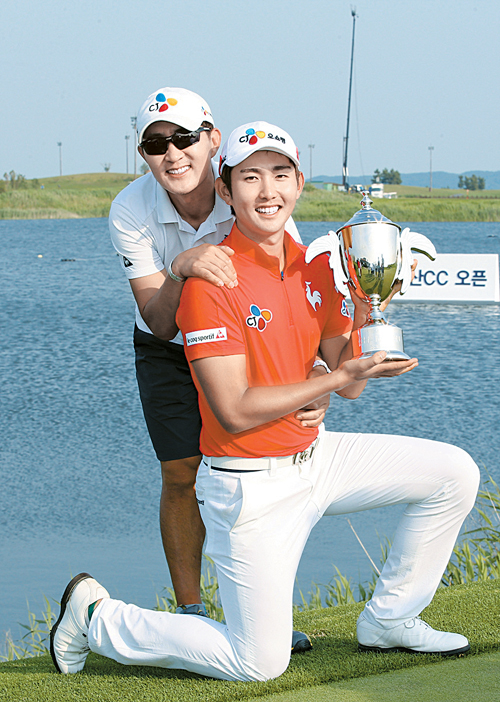 Lee Soo-min with his father after winning the Gunsan CC Open held at Gunsan Country Club in North
Jeolla on Sunday. He finished 14-under 274 to beat Lee Ji-hoon by two strokes and claimed his first professional victory.
The 21-year-old, who is a sophomore in the tour, also became the second golfer in KPGA Tour history to win the same event
as a pro and an amateur. He previously won in 2013. Provided by KPGA