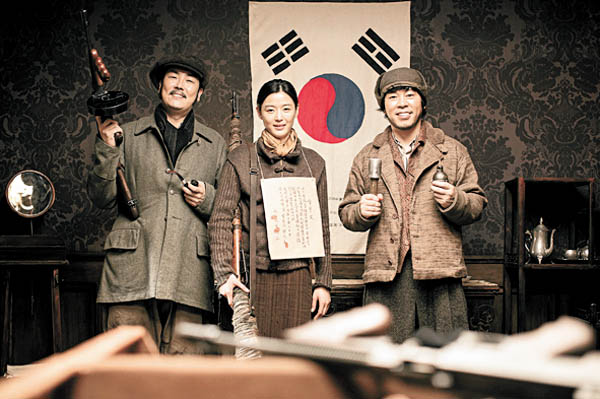 The film revolves around a secret assassination plot helmed by the trusted leader of the provisional government, Yeom Seok-jin (Lee Jung-jae), who recruits three independence fighters to carry out the plan in Gyeongseong, as Seoul was formerly known.

An Ok-yun (Jun Ji-hyun), a cold-blooded sniper, leads the team with her quick thinking and precise shooting.

The actress, who is perhaps more well-known for her turn as the snobby superstar in the megahit SBS drama “My Love From The Star,” takes a toned-down approach in this role as a determined independence fighter.

While the plan appears to be running smoothly, things become complicated when a hired assassin, Hawaii Pistol (Ha Jung-woo), attempts to wipe out the fatal trio with the help of his loyal supporter (Oh Dal-su).

Although a number of scenes depict Oh’s character as a heroic sidekick, his primary purpose is to serve as the film’s comic foil - Choi’s attempt to keep such a heavy plot light and entertaining.

The film has already seen an explosive reception from local moviegoers. On its opening day Wednesday, the film took 470,000 in ticket sales.

The figure is higher than that for Choi’s biggest hit “The Thieves,” which amassed more than 10 million moviegoers at the time of its release.

The drama’s debut Wednesday also made it the biggest opener among domestic films released this year.

“Pixels” has an imaginative storyline, with aliens invading the Earth in the form of video game characters.

Pac-Man and Donkey Kong are just a few memorable characters.

In 1982, hoping to make contact with any aliens out there, NASA sends out video tapes into space with recorded gameplay footage of arcade games.

However, the aliens misinterpret the content as a declaration of war from human beings, which results in them sending pixilated characters to take down the Earth.

A trio of friends who had shared an ardent passion for arcade games in their childhood step up to save the Earth and finally do something grand.

Adam Sandler plays one of the guys who transforms from a nerd into a national hero.

Although many critics have undermined Sandler’s performances for being vulgar, his distinctive comedy will truly shine in this innovative adventure movie. 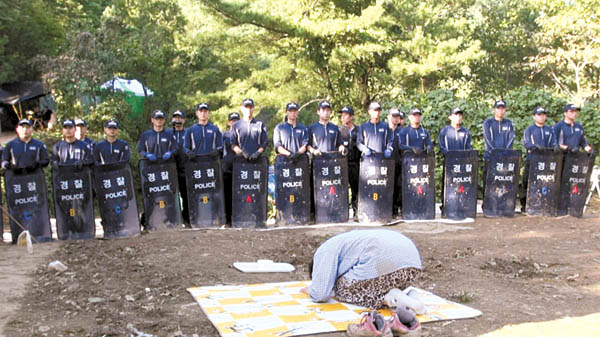 The grannies living in the small village of Miryang in South Gyeongsang don’t aspire for their lives to be anything but ordinary.

Plowing their fields in the morning and mingling with neighbors in the evening - simple pleasures that bring modest joy.

But one day, even these activities are compromised when the villagers find themselves at a crossroads that has persisted now for a decade.

That fateful day came in 2005, when local residents started to notice that something different was happening around the village’s nearby mountains.

Later, they are informed that the state-run Korea Electric Power Corporation (Kepco) is erecting 69 large steel transmission towers that will surround the town’s outskirts.

The impacts of the project prove not only hazardous for public health, but harmful to villagers’ overall well-being - the construction brings noise pollution, while company officials constantly intrude.

This documentary shines a light on the efforts of one small town to preserve what is rightfully their own and stop it from being jeopardized by corporate interests.

The end results are tragic, even leading one elderly resident to resort to self-immolation.

The protest is followed by a strong head-to-head confrontation, which sparks a 10-year fight and concludes with a victory for the state-run electricity company.

Nonetheless, these strong-willed elders haven’t waved the white flag yet. Instead, they continue to fight in silence for their village.

Fledgling Director Park Bae-il brings the past three years of the Miryang fights, some of the most fierce, to audiences in this newest docudrama.

“Selma” chronicles the Rev. Martin Luther King’s campaign for equal voting rights for African-Americans amid the politically turbulent 1960s, and the historic march from the city of Selma to Montgomery, Alabama.

This biographical film explores King not only as a national hero and peace activist, but as an ordinary human being, subject to the same suffering and discrimination as those around him.

The movie also touches on his personal life, notably conflicts with his wife.

Over two hours, a single American event comes to life, allowing audiences to focus on the plight of African-Americans in the United States and their fight for equality.

“Selma” is directed by Ava DuVernay, and British actor David Oyelowo takes on the lead role as Martin Luther King. 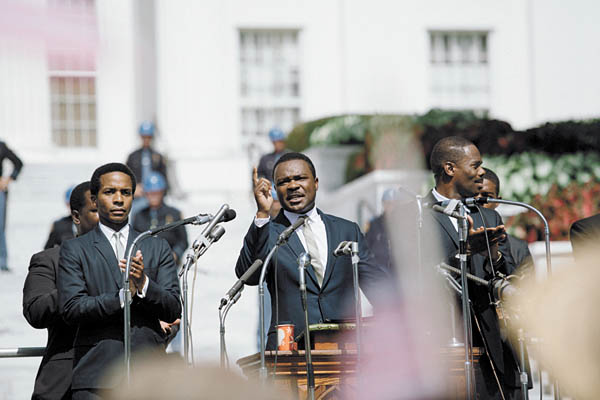 Japanese actress Rie Miyazawa - who received the Best Actress Award at the 23rd Moscow International Film Festival in 2001 for her performance as a Chinese geisha in the film “Peony Pavillion” (2001) - shines in this drama, which centers on housewife Rika Umezawa, who works as a part-time banker.

A hard worker, she often receives amicable evaluations from her clients, until one day, she finds herself inclined to embezzle 10,000 yen (100,000 won) from one of her customer’s accounts. Nervous, she returns the somewhat small amount of money later, though the incident only leads Rika to a more elaborate theft.

Later, at the home of one of her rich clients, she meets the man’s grandson, Kota (Sosuke Ikematsu), who is running out of funds for his university tuition.

Enamored with each other, the two engage in an extramarital affair, after which Rika decides to embezzle once more in order to economically support her young lover.

“Pale Moon” follows an average housewife’s financial and sexual deviance from a rather objective eye, showing just how evil a force money can be. 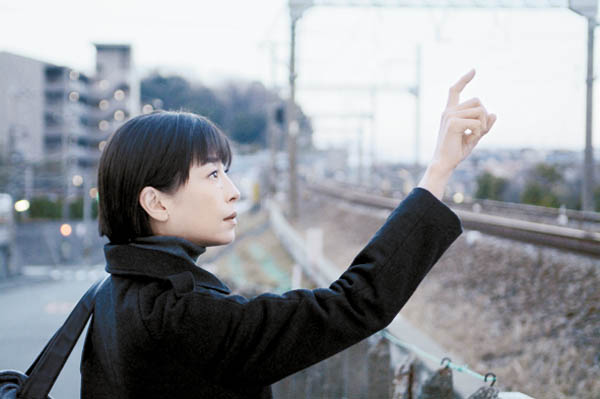 It was invited to this year’s Bucheon International Fantastic Festival.