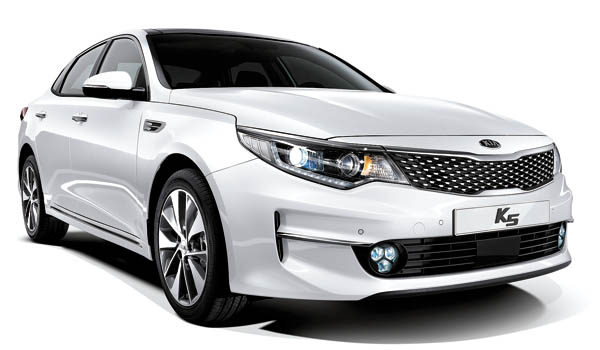 The Korean diesel car market, which recently has been led by Germans including Volkswagen, BMW and Audi, is being shaken up. Many popular imports recently reported an adjusted fuel efficiency rating for some models to meet new European standards; figures submitted to the Korea Energy Management Corporation (Kemco) last week were lower and even short of the ratings for some Korean cars.

After seeing such reactions on the Internet, Volkswagen Korea had to release a statement on July 13. “The Golf 1.6 TDI Bluemotion that offers 105 horsepower is a Euro 5 model whose fuel efficiency was measured in 2013, but the new figure is for the Euro 6 model that offers 110 horsepower with a new engine,” the company said. “We had to submit the new fuel efficiency test to the government since we are preparing to introduce the new Golf soon.” 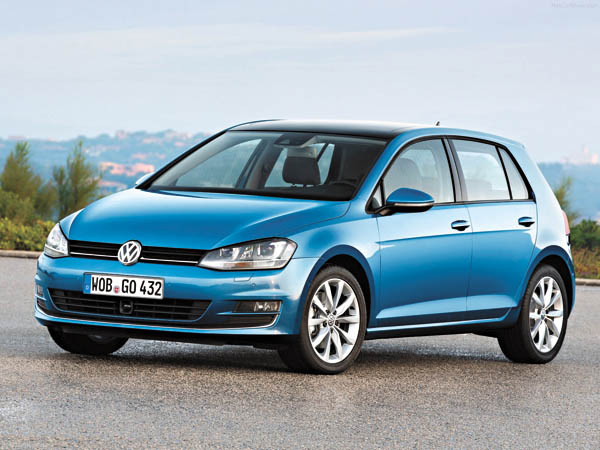 Surprisingly, Euro 6 doesn’t seem like a serious issue for Korean automakers selling in the EU, because the fuel efficiency of popular cars, including Hyundai Motor’s small Accent sedan was improved from its predecessor’s, and the company’s new Sonata and Kia Motors’ K5 diesel sedans reportedly beat their German rivals. The fuel efficiency of the Accent 1.6 diesel improved from Euro 5’s 16.5 to 18.3 kilometers per liter while the i30 diesel hatchback was improved from 16.2 to 17.8 kilometers per liter.

A mid-size sedan K5 1.7 diesel, which Kia Motors rolled out earlier the month, offers 16.8 kilometers of fuel efficiency. In the launch event held at COEX in Samseong-dong, southern Seoul, the company mentioned several times that the car offers a better fuel efficiency than the Volkswagen Passat’s 14.6 kilometers per liter. The new Sonata 1.7 diesel that Hyundai Motor started selling this month also offers the same efficiency as the K5.

While consumers grumble that foreign brands might have exaggerated their fuel efficiency, experts in the industry said the regulations that were recently strengthened by the Korean government have affected the figures.

According to the Korea Transportation Safety Authority, the new regulations require the fuel efficiency to be measured in urban and highway areas separately and each measured figure must be within a 5 percent error range. Previously, the government only applied the 5 percent error range to the figure that averaged the fuel efficiency measured in urban areas and on the highway.

“It certainly was tightened,” said Shin Jae-seung, spokesman of the Transport Safety Authority. “Previously, we only tested one vehicle, but we decided to check three units per model.”

But it doesn’t necessarily mean that the system is perfect. The previous regulations allowed automakers to measure the fuel efficiency by themselves and to report the result. The government verified the submitted result when the automakers voluntarily reported that the fuel efficiency was wrong. But after hearing opinions that the rule wasn’t strong enough to provide accurate information for consumers, the government decided to conduct a fuel efficiency test when any defect is found in a newly released car. But it is also a process that comes after a model has been introduced to the market.

Many automakers in fact sometimes us tricks in measuring the fuel efficiency and BMW Korea came under fire this week after it was learned that it used 16-inch tires when it measured the fuel efficiency for the new 118d hatchback. The model, which is being sold in two trims, the 118d sportline and 118d sport package, is equipped with standard 17-inch tires. In general, using a one-inch smaller tire leads to an average of about 2 percent higher fuel efficiency, according to automakers. “It’s a well-known trick that many other automakers do, not only in Korea but also globally,” said an executive of a local automaker on the condition of anonymity. “What they are trying to do is to provide a figure that is within the error range.” 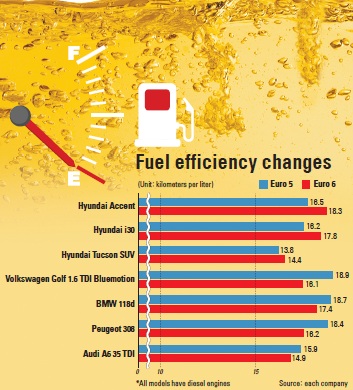 Meanwhile, Hyundai Motor and Kia Motors were able to avoid reporting lower fuel economy ratings because their primary goal of the year, set by Chairman Chung Mong-koo, was to improve fuel efficiency. After the Hyundai boss demanded improvments in fuel efficiency by 25 percent by 2025, the company has been developing new technologies, including a dual clutch transmission and integrated starter generator, for its new cars, including the Sonata and K5.

“Using a double clutch transmission provides a similar level of fuel efficiency as a manual transmission as it doesn’t have to use a torque converter, a part that causes a loss of efficiency,” Hwang Kwan-sik, spokesman of Hyundai Motor told the Korea JoongAng Daily. “We have been working on many things to provide a better fuel efficiency since most of consumers consider the rating very important. One of the solutions we have come up with so far is to give several options of power trains and transmissions in our lineup. We expect our expanded lineup to attract more customers in the domestic market.”