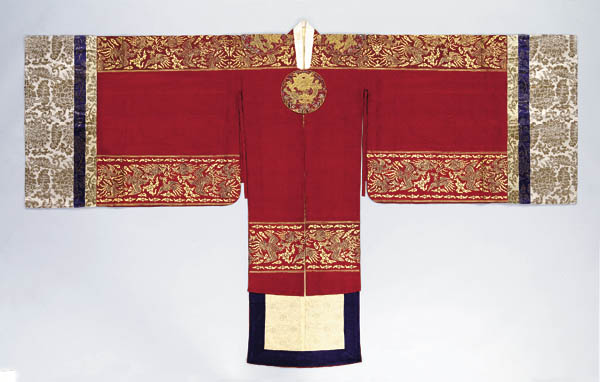 The politics of the queens and concubines of the Joseon Dynasty (1392-1910) have often been the subject of period dramas and movies in Korea.

But the jealousy of - and fights between - court ladies vying for the king’s love and the power are most often highlighted, rather than the women themselves.

Most Koreans are familiar with the dramatic life of Jang Ok-jeong (1659-1701), or Huibin Jang, who was a mere court lady but promoted to Huibin, one of the highest titles for concubines, as King Sukjong (1661-1720) loved her dearly. 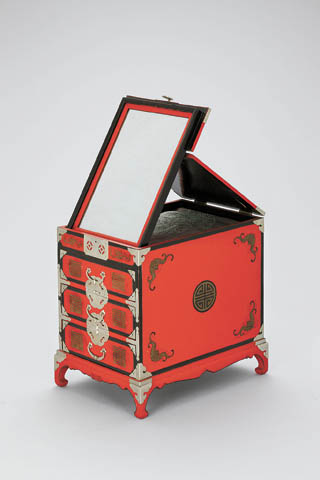 A mirror with three drawers from the early 20th century. Provided by the organizer

There is also Jang Nok-su (unknown-1506), the concubine of Yeonsangun (1476-1506) or Prince Yeonsan, one of the most notorious leaders of Joseon. Jang’s controversial dealings in the court eventually led to her execution by poisoning.

The exhibition at the National Palace Museum of Korea aims to examine the lives of the queens and concubines of the Joseon Dynasty, showcasing who they really were rather than the sexualized femme fatales they’re purported to be.

Titled “Queens and Concubines of the Joseon Dynasty,” the exhibition features about 300 pieces from the 500-year dynasty related to their lives at court. The artifacts include their exquisite clothes, shoes and jewelry which embody the glamorous court life; seals and stamps in their names which attest to their power in state administrations; as well as artworks they commissioned and literary pieces they wrote.

“The Joseon Dynasty was often examined from the perspective of the sadaebu [nobility],” Choi Jong-deok, the director of the National Palace Museum of Korea, told journalists at a press conference earlier this month. “The lives of women [at the court] were either not as discussed, or were in fact distorted. Through this exhibition, we hope visitors can take an honest look at their role, status and lives.”


Qualifications of a queen

At the start of the exhibition are the ceremonial gowns of the queens, which had startling sizes and ornamentations.

“In the early part of Joseon, the colors and emblems were strictly different according to their status,” curator Im Ji-yoon said. “But in the final years of Joseon, it’s clear that such a rule was not that strictly applied.” 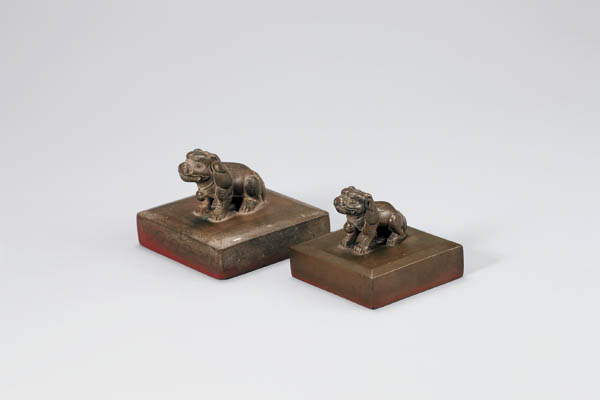 Depending on whether they were a queen, the wife of a crown prince or a concubine, they had different places where they resided; different wardrobe codes; and even different types of food. And those rules were all in Joseon records.

The exhibit unfolds in chronological order, first shedding light on how a queen is selected. It took six steps, from napchae (similar to a proposal) and napjing (sending of a dowry), to chinyeong (a king greeting his bride-to-be) and dongroe (a king and his bride having a drink together).

There is also a protocol book on how to handle a queen during childbirth as well as chinjamnye, a silk-spinning ceremony hosted by the queen.

The exhibition also includes funeral-related artifacts and documents for the queens and concubines, including burial items of various shapes. The museum curators also re-created a shrine, or “spirit chamber,” for the concubines.

The exhibition then delves into the daily lives of the queens and concubines, with a section dedicated to the glamorous fashion, makeup and jewelry of the court ladies. 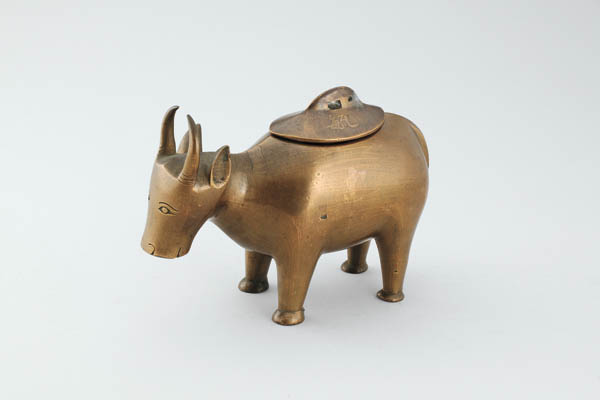 A burial item of Yuksanggung, the shrines of Sukbin Choi. Provided by the organizer

Tops and bottoms decorated with gold leaves and hair pieces, pouches and norigae (traditional Korean ornaments), of various gems and materials allow a sneak-peak into the glamorous lives of the queens and concubines of Joseon. There are also various cosmetics, including powders.

For that reason, many queens and concubines resorted to religion and literature to find meaning and peace of mind, historians say.

There is also a section dedicated to the literary works they created and the religious artworks they commissioned. Notable is a late 19th-century folding screen with Chinese poetry embroidered on it. It is known to be the work of Empress Myeongseong (1851-95) and it’s interesting that the letters, although written in such a standard manner, are pink.

There is also a section dedicated to showing how they managed the private assets, like real estate, they maintained outside the palace.

An 18th-century royal order for the appointment of Queen Seonui (1705-1730). Provided by the organizer

The exhibition concludes with a special section on the famous queens and concubines of Joseon whose dramatic lives are very often the sources of contemporary creative works.

“Queens and Concubines of the Joseon Dynasty” runs until Aug. 30. Admission is free. Hours are between 9 a.m. and 6 p.m. for weekdays and 9 a.m. and 7 p.m. for the weekends and holidays. The museum closes on every Monday. For more information, call 02-3701-7500 or visit www.gogung.co.kr.