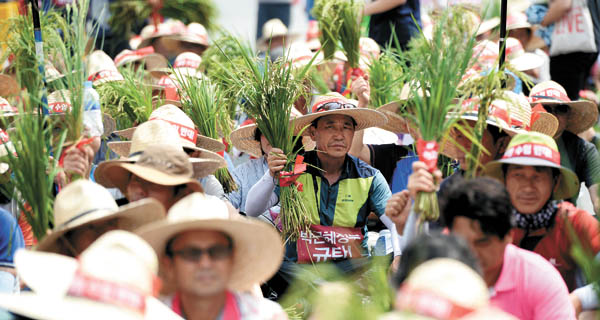 Farmers stage a rally at Seoul Station in central Seoul on Friday after the government said it will import rice with a tariff rate of 513 percent. The government previously imported 30 percent of the nation’s rice, an agreement made with the World Trade Organization, but removed the article to completely open the rice market. [NEWSIS]