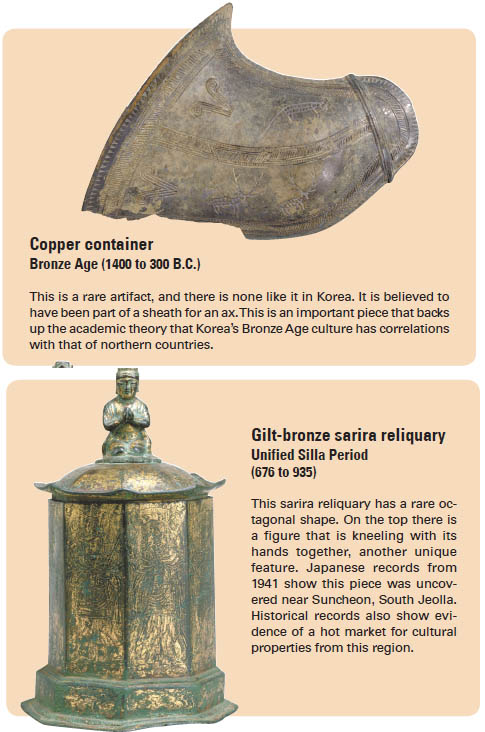 Whenever Koreans deliberate on the highly sensitive issue of cultural heritage items that are kept abroad - often looted by foreign countries during invasion or war in the past - the name Takenosuke Ogura (1870-1964) is almost always mentioned.

After all, Ogura, a wealthy businessman in Korea during the Japanese colonial period (1910-45), was one of the most avid - and notorious - collectors of ancient Korean art.

The Art Collection of Takenosuke Ogura contains 1,030 cultural properties from Korea. The collection includes some of the most important treasures of Korea from ancient and modern times, with 39 pieces designated as Japanese state treasures.

In 1981, Ogura’s descendants donated the collection to the Tokyo National Museum. Today, more than half of the exhibits in the museum’s Korean gallery - or 125 of the 241 items on display - are from the Ogura collection. 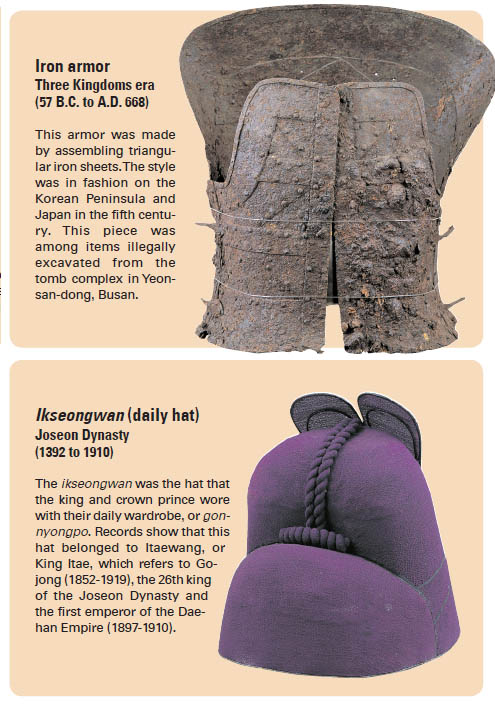 The Korean artifacts in the collection range from ceramics and paintings to crafts and clothes. They include a gold hat from the Gaya confederacy in southern Korea (42-532) and a gilt-bronze seated statue of the Buddha from the Unified Silla Period (676-935).

But how did Ogura end up in Korea, and how was he able to amass such important treasures? And after Japan was defeated in World War II, how was Ogura able to take his collection back home?

The answers to these questions have been mostly unclear - until now.

The Overseas Korean Cultural Heritage Foundation conducted research between 2013 and 2014, referring to the existing 10 lists of the Ogura collection - only one of which was made by Koreans - as well as news articles, excavation reports and auction catalogues from the era.

The result of the two-year investigation is a book titled “Ogura Collection: Our Cultural Heritage in Japan,” which the foundation announced on July 29. 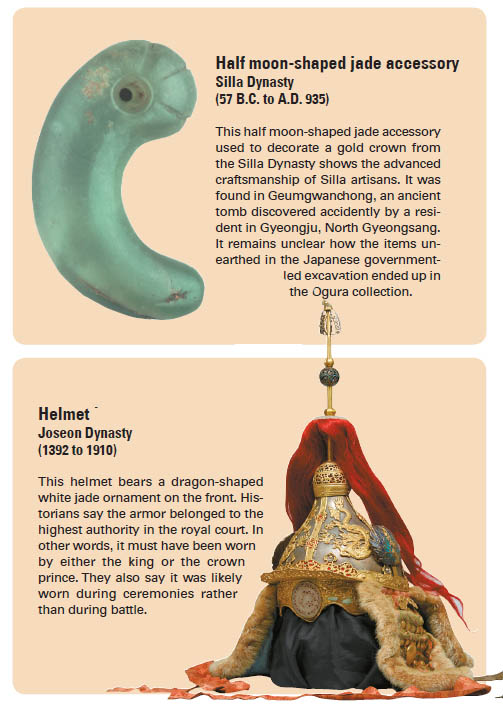 Oh Da-yeon of the foundation’s research team says that during the colonial period, the Japanese Government-General of Korea uncovered many of Korea’s cultural properties, including ancient tombs.

“Ogura collected many and diverse cultural properties through these official excavations, tomb thefts, as well as a personal fervor for collecting art,” she explained.

But the biggest discovery by the Overseas Korean Cultural Heritage Foundation is the possibility that some of the items were acquired and moved through illegal means, which could help Korea repatriate the collection. 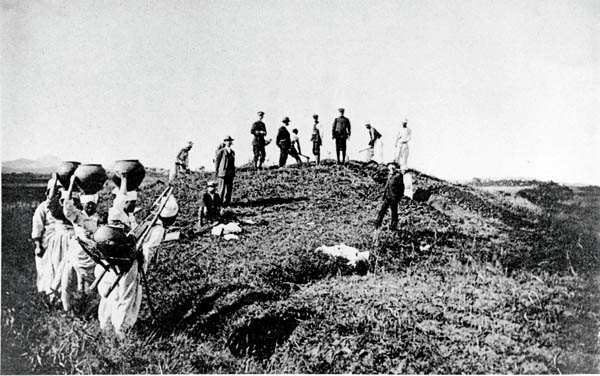 During the Japanese colonial rule of Korea (1910-45), the Japanese government excavated many of Korea’s cultural heritage sites, as shown in this file photo of ancient tombs in Pyongyang (in today’s North Korea). [JoongAng Ilbo]

“In the case of items excavated from the tomb complex in Yeonsan-dong, Busan,” Oh said, “they were illegally excavated in 1931 and trafficked.”

Oh added that the relics from Geumgwanchong Tomb in Gyeonggi, North Gyeongsang - officially excavated by the Japanese government and detailed in an official report - at some point made it into the hands of Ogura.

During the colonial era, the Japanese government unearthed many cultural properties across the Korean Peninsula under an effort dubbed the “Investigation Project of Joseon Historical Remains.”

The principle of the excavation project was that everything discovered became the possession of the Japanese government. But Ogura owns eight relics that were uncovered in Geumgwanchong. Records show the relics from the tomb were traded at high prices shortly after the excavation. 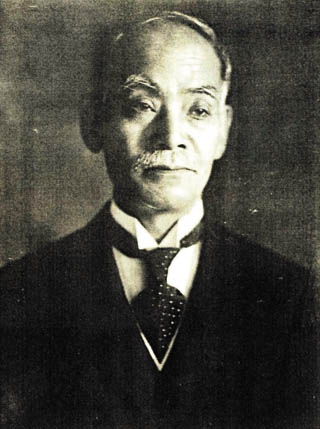 Takenosuke Ogura was a wealthy businessman in Korea during the Japanese colonial period. [JoongAng Ilbo]

“There is not yet concrete evidence that Ogura conducted illegal excavations or commissioned them, but given the situation in North Gyeongsang at that time regarding excavation and trafficking, we cannot rule out that possibility of Ogura’s involvement in illegal excavations,” Oh said.

Foundation officials also say that the Ogura collection includes many items that once belonged to the Daehan Empire’s ruling family, further evidence of possible illegality.

The Daehan Empire (1897-1910) - sometimes translated as the Korean Empire - refers to the final years of the Joseon Dynasty (1392-1910), during which the state transformed into an empire in a desperate attempt to stave off rising Japanese encroachment.

Korea has been working for the return of the Ogura collection since its liberation in 1945. In fact, in 2013, the JoongAng Sunday obtained documents from Japan’s Ministry of Foreign Affairs which show that the Korean artifacts in the Ogura collection might have been returned.

According to the documents - drawn up on Feb. 14, 1962, by the Northeast Asia division of the ministry - the Japanese government once considered returning the Ogura collection to Korea.

The foundation also found that Ogura had been moving parts of his collection to Japan since the 1930s, using a concrete storage facility he built in Tokyo in 1931. He got his artifacts evaluated by an official at the Tokyo National Museum and recognized as state treasures.