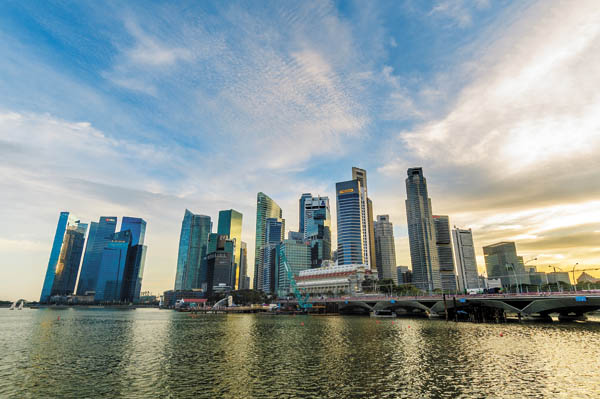 Singapore celebrated its 50th National Day on Aug. 9. This is a special milestone for Singapore as we mark the golden jubilee of our independence and nationhood. Through the challenges of the last five decades, Singapore has adhered to the same fundamental values - regardless of race, language or religion - to achieve peace, prosperity and progress for all based on justice and equality. Singapore’s stable political and economic situations and strong international network continue to provide the favorable conditions for businesses to grow and thrive. In a Business Environment Risk Intelligence (BERI) report in 2014 that assesses factors such as operations, politics and foreign exchange, Singapore ranked first out of 50 major investment destinations.

In 2014, Singapore achieved 2.9 percent economic growth despite a challenging global economic environment. While uncertainties over a global recovery remain, the economy is expected to grow between 2 to 4 percent in 2015. Our unemployment rate remains one of the lowest in the world. Given the level of development of the Singapore economy and the physical limits of a city-state, Singapore has taken a long-term view to reposition our economy with an emphasis on raising labor productivity. This is crucial to bring about sustained growth and wage increases, given the limited expansion of the Singapore labor force.

The Singapore Government is committed to making the country economically competitive and attractive for businesses ready to invest in Singapore. Singapore is already a hub in Asia for services in the aviation, education, financial and medical sectors. Keeping pace with global trends and development, Singapore launched a Smart Nation initiative last year in the priority areas of healthcare for the elderly, developing more timely and reliable data on transport, as well as a safe and secure data marketplace. Singapore aims to be a center for companies to easily and safely tap data to get insights on, including consumer trends. An entrepreneurial culture is critical for Singapore to achieve its goal of becoming a “Smart Nation.” The Launchpad, an enclave for start-ups, incubators and venture capitalists in Singapore, has already taken shape. The government welcomes investors and entrepreneurs to make use of Singapore as a test bed for solutions to urban challenges that could be applied to the rest of Southeast Asia and other global markets. Singapore continues to take pride in the rule of law and enforcement of intellectual property (IP) rights. More than 30 leading biomedical sciences companies have established regional headquarters in Singapore to take advantage of our robust IP regime.

In the next 50 years, maintaining a strong and unique national identity will be key to ensuring Singapore’s continued success. Since the early 19th century as a bustling trading post along the Malacca Straits, Singapore has continued to embrace diversity as an important ingredient for our commercial and social vibrancy, even as we strive to maintain a core Singapore identity. This June, Singapore hosted the Southeast Asian Games after a 22-year hiatus, which brought the region closer together and strengthened the friendship amongst Southeast Asian countries as we cheered on our countries’ athletes. 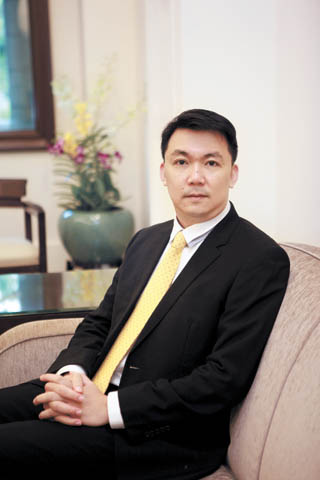 Singapore’s culture and tourism landscape continues to attract visitors from around the world who are keen to experience the rich culture and heritage of this Southeast Asian city-state. The successful inscription of our 156-year-old Botanic Gardens as a Unesco World Heritage Site was a first for Singapore. They are also the third botanic gardens to be listed as a World Heritage Site, after Kew Gardens in England and the Padua Gardens in Italy. This is a great jubilee-year gift to Singapore, and we welcome international visitors to visit Singapore and discover the rich history and marvels within the tropical gardens. The Botanic Gardens were instrumental to the rubber boom in Southeast Asia, and integrate English-style landscape and buildings with the local terrain, while retaining their original 1860s pleasure garden layout, which is an unusual design for the tropics. In 2014, over half a million Koreans traveled to Singapore. We look forward to receiving more Koreans tourists in Singapore to gain a first-hand experience of the dynamic diversity Singapore has to offer.

This year also marks another auspicious occasion - the 40th anniversary of diplomatic relations between Singapore and the Republic of Korea. Since the establishment of diplomatic relations on Aug. 8, 1975, our two countries have enjoyed strong bilateral relations. Over the years, frequent high-level visits have taken place between successive generations of our leaders. Singapore’s founding Prime Minister Lee Kuan Yew made his first visit to the Republic of Korea in 1979. In 2002, President S. R. Nathan was the first Singapore head of state to make a state visit to the Republic of Korea. In March this year, President Park Geun-hye made a special visit to Singapore to attend the State Funeral Service for Mr. Lee Kuan Yew, a gesture that was appreciated by Singaporeans and demonstrated the long-standing bonds between our two countries.

Economic relations between our countries have also flourished since the Korea-Singapore Free Trade Agreement (KSFTA) entered into force in 2006. Singapore is Korea’s fifth-largest trading partner while Korea is Singapore’s eighth-largest trading partner, with bilateral trade amounting to 48.5 billion Singapore dollars ($34.6 billion) in 2014. Singapore and Korea share many similarities, emerging as “Asian Tigers” in the second half of the last century to become advanced economies today. Korea is now a member of the Organization for Economic Co-operation and Development, while Singapore has also made rapid progress in our own way. To facilitate deeper economic cooperation between our two countries, both sides are looking at a robust review of the KSFTA as discussed between Prime Minister Lee Hsien Loong and President Park during their bilateral summit last December along the sidelines of the Commemorative Summit of Asean-ROK 25th Anniversary Dialogue Relations.

Singapore is attractive to many Korean companies as a gateway to Southeast Asia as Asean becomes an increasingly important trade partner for Korea. In 2013, Asean was Korea’s second-largest trading partner. With the formation of the Asean Economic Community by the end of 2015, Southeast Asia represents a relatively young and growing middle-income market of more than 600 million people and a combined gross domestic product of $2.4 trillion. Today, more than 1,000 Korean companies have set up offices and expanded their presence in Singapore, including Samsung Electronics, NHN, SPC Group, AmorePacific and many others. Singapore is a good regional base for Korean companies to gain access to the Asean market and beyond, given our strategic location in the heart of Asia and strong connections to economic partners in Asean. Our position as a leading financial center also allows Korean companies to tap into our financial markets to raise funds for expansion into the region. Korean companies can also leverage Singapore’s unique position to tailor solutions, offerings and even business models that cater to the needs of the region. Going forward, Singapore and Korean companies can take advantage of their complementary strengths to jointly seek out opportunities in other countries in the region.

Opportunities also lie in further cooperation on our aviation sector. As aviation hubs in Southeast Asia and Northeast Asia respectively, Singapore and Korea can work together to increase connectivity with the rest of the world. A more connected Asia, both intra-Asia and to the rest of the world, can contribute to more economic and people-to-people exchanges between our countries and regions. Further liberalization of our aviation links with Korea would connect Southeast Asian and Korean businessmen and consumers to other global destinations, and bring about increased trade, tourism and jobs opportunities.

I believe that with the continued support from our Korean friends, we can build upon the solid foundation of our bilateral relations to forge stronger cooperation for mutual benefit in the years to come. On this auspicious occasion of Singapore’s 50th National Day, let me wish all Singaporeans living in South Korea a Happy National Day, and friends of Singapore a happy and prosperous year ahead. We look forward to celebrating many more years of success for Singapore and close partnership between Singapore and the Republic of Korea.