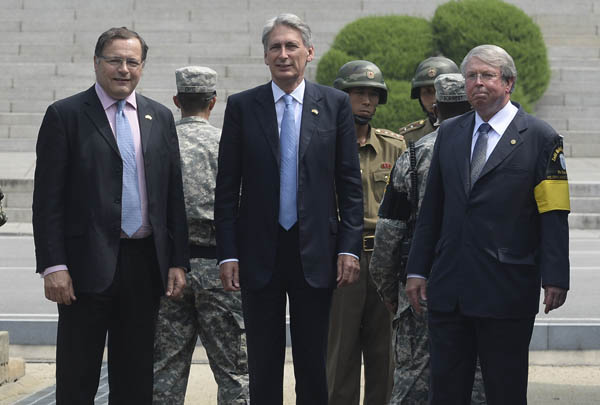 British Foreign Secretary Philip Hammond, center, is photographed Tuesday at the truce village of Panmunjom in the demilitarized zone in Paju, Gyeonggi. Hammond was on a two-day trip to Seoul for the 2nd Strategic Dialogue with Korean counterpart Foreign Minister Yun Byung-se, a meeting with President Park Geun-hye and to pay respects to British soldiers who died in the Korean War (1950-53) at Gloster Hill Memorial Park. [NEWSIS]