Korean history was written in these halls

Korean history was written in these halls 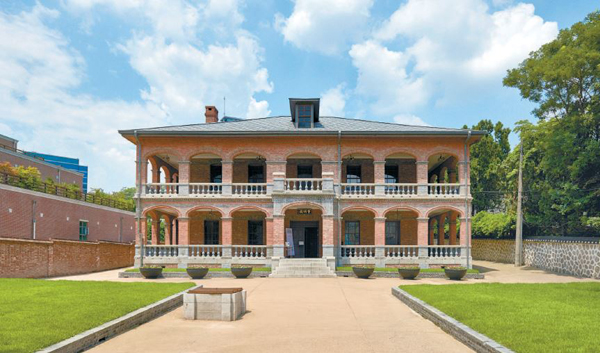 Jungmyeongjeon, originally a royal library within Deoksu Palace, was destroyed in a fire in the 1920s. The building has since been restored to its original form. [JoongAng Ilbo]

Most people don’t know the following facts about Jungmyeongjeon: That it used to be within the grounds of Deoksu Palace in central Seoul and that it served as the king’s personal library during the Joseon Dynasty (1392-1910).

For a lot of people, the two-story, red-brick structure is just “that building next to Deoksu Palace.” And for those who know a bit about Korean history, it is known as a grim place where Korea was forced to sign the Japan-Korea Protectorate Treaty of 1905.

But at an ongoing exhibition at the Jungmyeongjeon, the Cultural Heritage Administration (CHA) is hoping to highlight another important factor about the building: That it was the setting of the Korean independence movement during the Japanese colonial era (1910-45).

The exhibition, “Jungmyeongjeon, Overcoming Hardships and Moving Forward,” is about this pivotal time.

“It was also here,” Kim Jae-il of CHA’s modern cultural heritage division explained, “that Gojong sent a secret mission to an international peace conference, held in The Hague in 1907, to tell other nations that the treaty with Japan was unjust.” 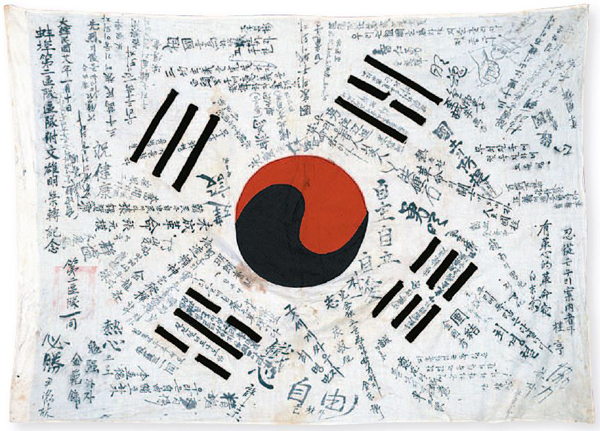 The exhibition unfolds in a chronological manner. It begins with the 1905 treaty and moves on to King Gojong’s (1852-1919) declaration of the Daehan Empire (1897-1910), which was his attempt resuscitate the waning Joseon Dynasty.

There is a separate section on Gojong’s secret mission to The Hague, displaying mostly illustrations. Then there is a part dedicated to the March 1 Independence Movement of 1919, where exhibits include various Taegeukgi, or Korean national flags, uniforms of Korea’s independence fighters and foreign newspaper articles on Korea’s independence movement.

The current exhibition runs until Sept. 6. Jungmyeongjeon is closed on Mondays.

The structure was built in 1896 as a royal library, and it was situated inside the palace grounds. The current areas of Korean palaces are usually much smaller than their original sizes. The Japanese government downsized Korean palaces in an attempt to undermine royal authority.

Jungmyeongjeon was Korea’s first modern library, historians say. It was designed by Russian architect Afanasy Seredin-Sabatin, who designed several other structures in Korea in the late 19th century. Jungmyeongjeon’s original name was Suokheon. 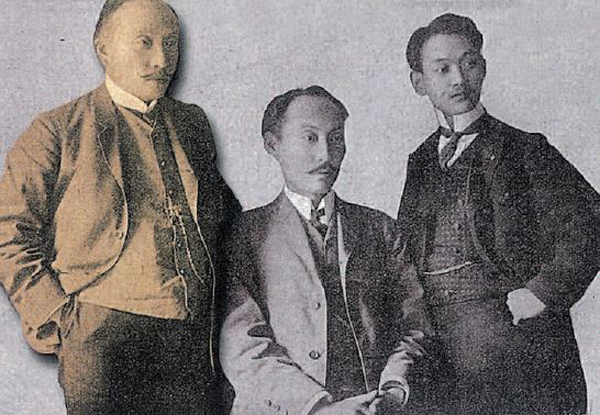 A mission sent by to a peace conference in the Netherlands in 1907. From left: Lee Jun, Lee Sang-seol and Lee Ui-jong.[JoongAng Ilbo]

After a 1904 fire at Deoksu Palace, it was used as Gojong’s temporary home. It was then that it was renamed Jungmyeongjeon, which means “hall of heavy light.” The following year, it was where Gojong was forced to sign the Japan-Korea Protectorate Treaty, which facilitated Japan’s colonial rule of Korea starting in 1910.

In 1925, Jungmyeongjeon was burned down in a fire. After Korea’s liberation from Japan, it housed the Gyeongseong Club, a social club for foreigners residing in Korea. (Gyeongseong is an old name for Seoul.)

The ownership of the building changed hands several times, too.

After liberation, it became an asset of Joseon royal descendants, but in the 1970s, it was sold to a private owner. It wasn’t until 2006 that Jungmyeongjeon became state property again. In 2010, it was restored to its original form and reopened as a venue for cultural activities.

However, due to its out-of-the-way location, it didn’t get many visitors. But since Jung District included the building in the nighttime tours and festivals in the Jeong-dong area in May, the number of visitors soared, officials say.