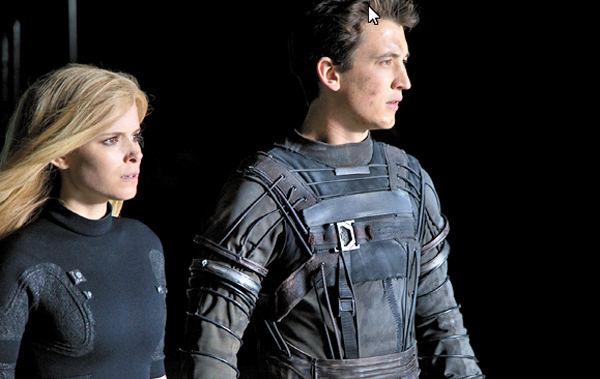 Following “Avengers: Age of Ultron” (2015) which was released four months ago, “Fantastic 4,” another film based on a Marvel Comics superhero series, is coming back with director Josh Trank.

Reed Richards (Miles Teller) is a genius who attracts Professor Franklin Storm’s (Reg Cathey) attention and invents the “Quantum Gate,” the method of moving to a parallel dimension, “Planet Zero,” at the research institute Baxter Foundation.

However, all of them get severely injured due to the collapse of Planet Zero, and Doom disappears. They return to their shuttle, but it explodes, turning them into super-humans with uncontrollable abilities.

Since then, these four friends - Richards, Sue, Johnny and Ben - struggle to use their abilities to save the Earth from Doctor Doom, a friend-turned-enemy, who is now trying to destroy human beings and rebuild Planet Zero.

The film is a remade version of the story that starts from a completely different premise.

Jack and the Cuckoo-Clock Heart (All) 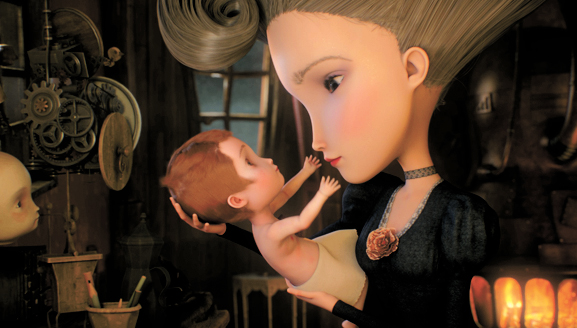 On the coldest day in Edinburgh in 1874, Jack was born with a frozen heart. Although Doctor Madeleine replaced his heart with a cuckoo clock and saved his life, since then, Jack is advised to follow three rules to avoid death: He shouldn’t touch the hands of the clock, shouldn’t get angry and finally, he should never fall in love.
Nevertheless, one day, when he meets the street singer Miss Acacia in town, his clock heart begins to tremble.

Jack, who wants to see her again, begins an adventurous journey from Scotland to Spain and on to Paris.

This animated musical film is based on the episodic novel “Le Mecanique du coeur” (2007), written by Mathias Maizieu, the lead singer of French rock band Dionysos, who also co-directed the film along with Stephane Berla. The rock band also composed the film’s music.

The film conveys the unique and unrealistic childhood imagination by depicting somewhat dark and grotesque characters.

In contrast to them, sadness that can be felt from Jack’s unrealizable but pure love results in a sad but beautiful atmosphere. 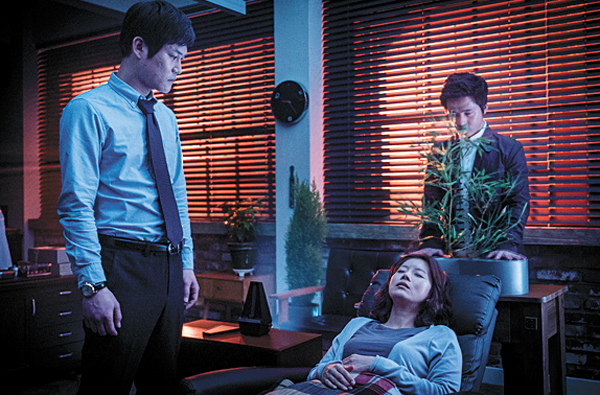 One day, he receives a mysterious email from his close friend, who suddenly dies soon after.

At his funeral, Jin-myung senses something is amiss, and there he meets his late friend’s wife, Geum-joo (Yoo Sun), who suffers from a strange phenomenon.

Every day she loses her memory several times and changes into a different person.

She thinks that her husband’s death and her daughter’s changing personality are her own fault.

After meeting Jin-myung, she realizes that there is a powerful entity inside her and tries to get rid of it with the help of Jin-myung, before it endangers her and people around her.

Directed by Kim Whee, who previously directed the notable horror film “The Neighbors” (2012), his latest one is based on writer Shin Jin-o’s horror novel “Moonyeogool” (2010), which is about a fable of the Kim-nyeong snake cave on Jeju Island.

As the novel deals with topics such as possession, exorcism and shamanism based on the folklore of Jeju, it imparts another layer of eeriness onto the story.

This movie was nominated as a closing film for this year’s Bucheon International Fantastic Film Festival. 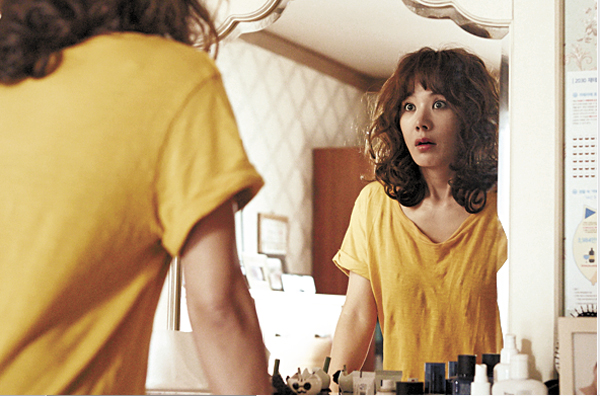 Yeon-woo (Uhm Jeong-hwa) is a successful lawyer who always knows how to win big trials.

Just before earning a transfer to a main office in New York, she suddenly faces death in a car accident.

Hovering between life and death, she meets an unknown man called Chief Lee (Kim Sang-ho) in the celestial world who overlooks lives on Earth.

It turns out that one of his employees made a major error, mistaking Yeon-woo for someone else. Chief Lee suggests sending her back to Earth, if she promises to live a month as another woman - only that woman is a housewife with two children and a husband.

Alive again, Yeon-woo is very confused and even frustrated about having to live a life with humbler means, preparing breakfast every morning instead of going to work.

Her abrupt husband, Seong-hwan (Song Seung-heon), is what every woman hopes for, being “unnecessarily handsome” and even providing infinite love and trust for his wife. But his modest income as a civil servant also dissatisfies Yeon-woo.

The film has been anticipated by many since the multitalented Uhm Jeong-hwa and top star Song Seung-heon will share the screen as a catastrophic couple.

By presenting a touching family story, director Kang Hyo-jin not only provides laughs but also conveys a meaningful message about family values.

In this low-budget film from the Korean Academy of Film Arts, singer-turned-actress Lee Jung-hyun transforms into the merciless ajumma (middle-aged woman) Su-nam.

But it is not like Su-nam was this way from the beginning, as the film reveals.

Su-nam enrolled in a nice university and acquired more than 10 licenses, in areas such as abacus calculation, bookkeeping and typing.

She expected a bright future ahead of her, but her licenses became useless once computers came along.

All the more, her mundane appearance is insufficient to get ahead in the looks-obsessed society.

Nevertheless, Su-nam marries her co-worker at a factory.

The couple’s life has ups and downs, but Su-nam continues to work harder and harder to get a house and eke out an ordinary life.

However, as greater challenges continue to arise, Su-nam realizes that a good heart and hard work are meaningless in today’s society.

She becomes furious and begins to change into a spiteful, violent woman.

By showing diverse types of people like the opportunist, the petite bourgeois and the civil servant who exploits workers, the film tries to reveal how society has come to be this way.

In addition, the film topped the diversity film sector in last week’s box office. “Diversity film” refers to a nonmainstream movie in Korea.