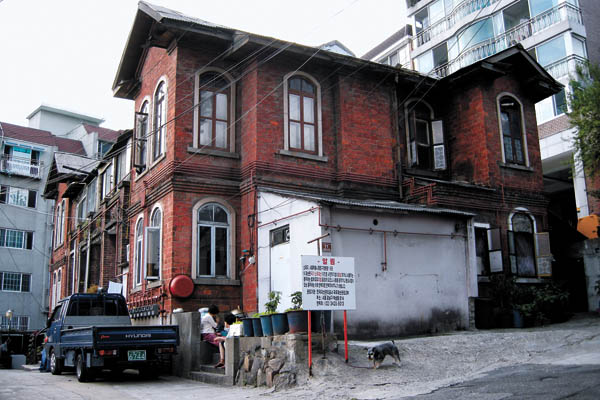 Even at a glance, Dilkusha - a Western-style, red-brick mansion in Jongno District, central Seoul - is unusual looking and even a little too beautiful for the humble Haengchon-dong neighborhood.

And the house, which was home to the American family the Taylors from the 1920s to 1940s, may be one step closer to getting its value recognized.

The Seoul Metropolitan Government confirmed to the Korean media on Aug. 11 that it plans to push to designate the house as cultural property as early as next month - something that’s it’s been trying to do for years to no avail.

Dilkusha was the house of Albert Taylor (1875-1948), an American businessman and journalist. Dilkusha in Hindi means “heart’s delight.” 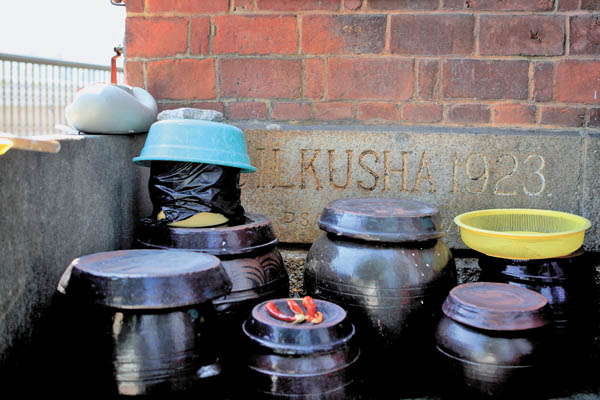 The house was home to the Taylors, an American family who built and named the house in 1923 and lived there until 1942. [JoongAng Ilbo]

It was Taylor who told the world about Korea’s March 1st independence movement in 1919 - something that means a lot to Koreans - as well as the Jeam-ri Incident, in which the Japanese locked about 30 people in a church in Jeam-ri, Gyeonggi, fired at them and burned the church in retaliation for the independence march.

However, despite its historical significance, Dilkusha is home to at least 15 households, and it has been for the past half century.

City officials have been calling them illegal occupants and for the past 15 years or so have been charging indemnity fees and requesting voluntary evacuation. But the residents have been living in that house for decades, most of them since the 1960s, and insist on their rights to the house, saying they’re the ones who have cared for the building all these years.

With this decades-long ownership battle surrounding the house, the city government and the Cultural Heritage Administration have been reluctant to push for its designation as a state treasure.

“We plan to first ask the Ministry of Strategy and Finance [which has ownership over the building] to transfer the ownership rights to us,” Cho Yeong-hun, a Seoul government official in charge of cultural properties, told the Korea JoongAng Daily.

She explained that in order to evaluate a building for designation as state property, evacuation must take place first. But the Seoul government, which does not own the building, can only do so much to encourage evacuation of the families living in Dilkusha.

Besides its historical value, Dilkusha is also architecturally important, critics say. The way it was built - with red bricks stacked on a granite base - is quite unique in Korea.

Although the outcome of the ownership battle remains to be seen, historical records show Dilkusha really was a heart’s delight for the original residents. Taylor’s wife, Mary, detailed the story of her family and Dilkusha in her book “Chain of Amber” and left a vivid description of the house: “It was spring when we moved in. … A massive dark oak staircase with carved balustrade and little landings had come from a dismantled, European-style Korean palace,” she wrote.

Talyor died in 1948 and he was buried in Yanghwajin Foreign Missionary Cemetery in Seoul, according to his wishes. His wife died in 1982.