Celeb couple to wed this year

Celeb couple to wed this year 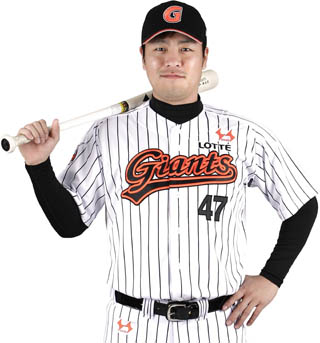 Lotte Giants baseball player Kang Min-ho and SBS weather caster Shin So-yeon broke the news that the two will get married in December.

The two celebrities have been reported to have met each others’ parents, and they have already begun searching for a wedding hall for the upcoming celebratory event.

Kang said on Thursday, “My girlfriend will be doing her last broadcast tomorrow. After the broadcast, she is planning to buckle down to get ready for the upcoming marriage.”

“Since it’s the middle of the season, it is not easy for me to help her [prepare for the event]. And I feel sorry about that,” he added.

The baseball player apparently planned to delay the announcement of their marriage until the end of the season in case the news disturbs the team’s performance. “However, since Shin is a broadcaster, the news naturally spread,” according to Kang.

The couple first met in 2012 when Shin went to a baseball stadium to throw the first pitch. Reportedly Kang immediately had feelings for the weather caster, and their relationship developed into a romance. Later, the couple officially announced that they were dating in January.