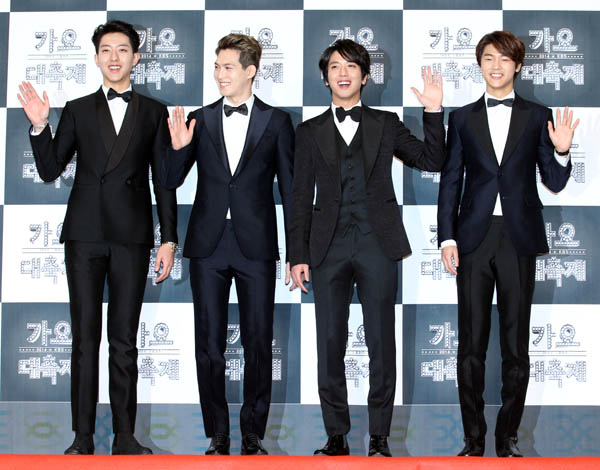 The all-male ensemble CNBlue is set to unveil their second regular album “2gether” on Sept. 14.

The band’s talent agency, FNC Entertainment, posted the opening trailer for“2gether” on the company’s official website at midnight on Friday. The clip shows each member waking up alone in the morning with a stiletto heel beside them.

CNBlue’s fans have patiently awaited the band’s new material: This is their first album in a year and seven months. Before beginning promotional activities for their new record, an individual trailer for the group’s four members will debut from Sept. 7 to Sept. 10.

The band saw their big breakout in 2010 with the release of the mini-album “Bluetory.” Since then, they’ve amassed a loyal fan base with hits like “Alone,” “Love” and “Can’t Stop.”

The boys have also expanded upon their careers since their success. Jung has starred in a number of TV dramas, including “The Three Musketeers” (2014), “Marry Him If You Dare” (2013) and “You’ve Fallen For Me” (2011). Group member Kang Min-hyuk has also participated in various reality programs, including “I Live Alone” and “Brave Family.”