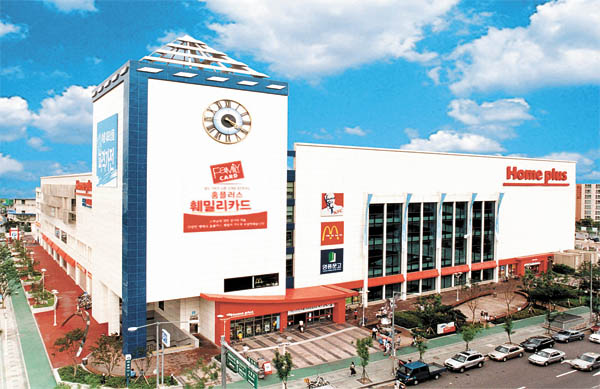 Homeplus discount chain is being sold by Britain’s Tesco to a consortium led by MBK Partners, a Seoul-based private equity fund, for $6.1 billion - the country’s largest buyout.

Both Tesco and MBK Partners announced on Monday that they had signed the mega deal on a cash and debt-free basis after the consortium, involving Canada Pension Plan Investment Board, Public Sector Pension Investment Board and Singapore’s Temasek, was selected as the preferred bidder earlier this month.

The sale of Homeplus is part of the U.K. retailer’s turnaround efforts to streamline business operations and reverse a downward trend that accelerated to a record annual loss last year.

The MBK-led team was competing against Affinity Equity Partners, which had teamed up with U.S. private equity firm KKR and a Carlyle Group-led consortium. 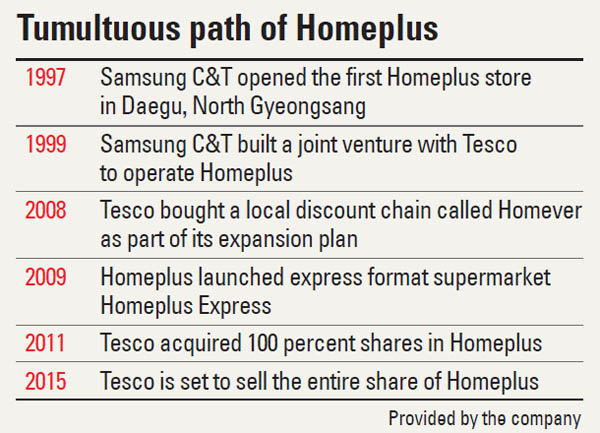 Tesco expects the sale will help the company improve its balance sheet by using the proceeds to pay off debts.

“After a highly competitive process, we are announcing today the proposed sale of Homeplus, our business in the Republic of Korea. This sale realizes material value for shareholders and allows us to make significant progress on our strategic priority of protecting and strengthening our balance sheet,” said Dave Lewis, chief executive of Tesco.

Despite the upbeat assessment by the U.K. company, the proposed buyout has fallen into dispute in Korea as the labor union of Homeplus is accusing Tesco and MBK of hastily pushing forward the contract in a secretive manner.

The union’s hostility could delay the process of the deal’s schedule that is set to end within this year.

The labor union was particularly skeptical about the fund’s willingness to genuinely manage and develop the chain, since private equity funds tend to invest opportunistically rather than with a long-term business strategy.

“The fact that the deal was agreed only within days hints at MBK’s speculative business management,” the union said in a statement on Saturday.

The union called on the MBK-led group to ensure full employment of current workers and not to sell off Homeplus in pieces later.

In response to the call, MBK Partners pledged to keep existing the workforce and make an investment worth 1 trillion won ($830 million) while not elaborating on future selling plans.

“[MBK] respects the current terms of employment and labor’s rights,” said Kim Kwang-il, a partner of MBK Partners. “And there will be no layoff or restructuring. MBK will continue to cooperate with workers, the labor union and partners of Homeplus to maintain a productive relationship.”

As for the reasons behind the deal, he said that “Homeplus is a leading retailer in Korea and generates high operating profits.”

First launched in 1997 by Samsung C&T, Homeplus is the second-largest supermarket chain after E-Mart operated by Shinsegae Group.

After opening the first store in Daegu, the construction unit of Samsung Group formed a joint venture with Tesco in 1999.

Tesco acquired 100 percent of shares in Homeplus in 2011. The Korea operation has become the crown jewel among Tesco’s operations with the largest size and sales outside of Tesco’s home turf.

Tesco operated some 400 stores in Korea under the Homeplus brand both in hypermarket and express forms.

Homeplus posted an annual revenue of 7.05 trillion won last year and 240.9 billion won in operating profit, according to a regulatory filing.

But Tesco has resorted to selling the operation as it hit financial difficulties. It posted a record loss in the first quarter this year and recently closed Homeplus discount stores on its home turf.

Earlier this year, the U.K. retailer notified 2,000 members of its headquarters office staff that they would lose their jobs to restructuring.

The announcement came as Tesco planned to reduce head office costs by 30 percent.

Former and current executives of Homeplus were slapped with travel bans and investigated last year over allegations that personal information collected during prize giveaways was sold to insurance companies.

The chain also grappled with strained relations with its union and slumping sales.

Do Sung-hwan, CEO of Homeplus, vowed to use the change in ownership as an opportunity to rebound.

“The only change after the deal is the name of the shareholder,” the CEO said in a statement. “But [our] 19 million customers, some 2,000 partners and 26,000 workers will remain the same.”

MBK Partners manages about $8.2 billion in assets. It was founded by a group of investors including Kim Byung-ju, whose English name is Michael. The fund has played a key role in leading big deals in Korea, including the sales of water purification business Coway and car rental company KT Rental.