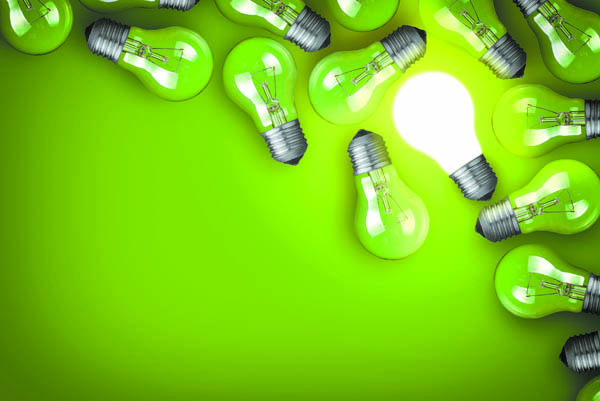 The nation’s sole power distributor, the Korea Electric Power Corporation (Kepco), will host an international exhibition next month in Gwangju to showcase new electricity technology and discuss further cooperation with other countries.

As Korea imports nearly 97 percent of its power resources from overseas, electricity has been a longstanding concern for both the public and private sectors, particularly how to boost the efficiency of electricity generated and power consumed.

The issue has become increasingly dire as local industries have started losing growth momentum due to emerging competitors like China.

In response, the Park Geun-hye administration has included electricity-related technologies as part of its creative economy initiative. The initiative aims to make electricity technologies one of the nation’s growth-engine industries by integrating cutting-edge information and communications technologies (ICT), an area in which Korea still has a competitive edge.

Under the initiative, the government announced last year that it will invest a total of 4 trillion won ($3.4 billion) by 2035 in eight major energy technologies, ranging from smart grids to energy storage systems (ESS) and super-efficient direct current distribution technologies.

The government’s attention to new energy technologies has continued even while the local economy has faced multiple domestic crises, like the Middle East respiratory syndrome (MERS) outbreak and drought in the first half this year, which made the government allocate more to short-term investments in welfare and basic social infrastructure in next year’s budget.

Even while tightening its belt, the government decided not to give up on energy technologies, allocating more than 437 billion won in an effort to meet the carbon dioxide reduction goal it introduced at the United Nations Framework Convention on Climate Change in June. 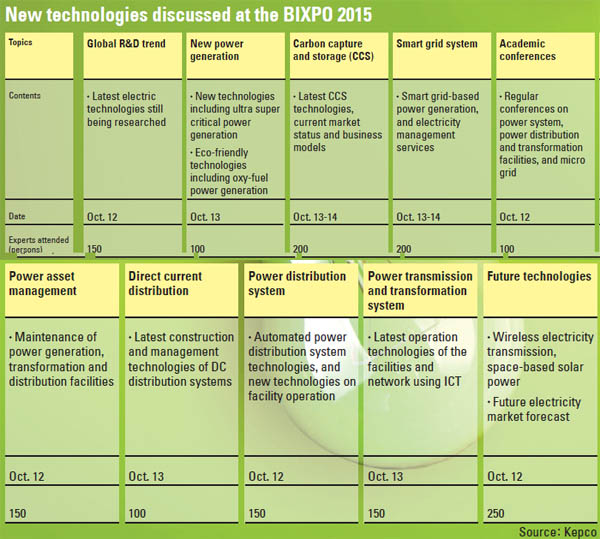 The nation’s sole power generator and distributor, Kepco, is at the forefront of the government’s strong policy drive towards energy efficiency. It recently moved its headquarters to Naju, South Jeolla, a small city about a six-hour drive from Seoul, and its biggest ambition is to develop the region into a global energy technology hub called the Bitgaram Energy Valley, intended to draw investors from the global energy industry.

Bitgaram is a new city established near the Yeongsan River, which runs through both Gwangju and Naju, and which Kepco hopes to turn into the center of the local energy and electricity technology industry.

The Bitgaram International Exposition of Electric Technology 2015 (BIXPO 2015), which is scheduled to begin on Oct. 12 and last for three days at the Kimdaejung Convention Center in western Gwangju, is one of the earliest moves of the ambition.

BIXPO 2015 invites nearly 1,500 electricity business insiders and scholars from 35 countries to discuss studies on and business possibilities with the latest electricity technologies. It is the first large-scale international electricity event held in the region after Kepco moved its headquarters to Naju.

The conferences are the biggest part of BIXPO 2015, which consist of two main sessions: a CTO forum, where 25 chief technology officers from some 20 countries will gather to talk about the value and marketability of new technologies in development, and an academic discussion. 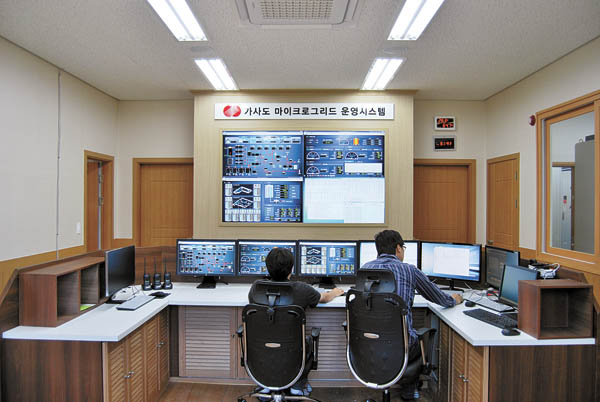 Engineers at the Korea Electric Power Corporation (Kepco) Gasa Island branch, a small island on the nation’s west coast, monitor the fully automated energy management system implemented as part of the island’s micro grid system. The system auto-manages the amount of power generated at solar, wind and diesel power plants, depending on electricity demand. Surplus electricity is automatically stored inside the electronic storage system batteries, and that electricity is automatically spent during power shortages. Provided by the company

Some of the main speakers at the academic conference are Peter Grunberg, a 2007 Nobel Prize in Physics laureate and a professor at the Institute for Solid State Physics at Forschungszentrum Julich of Germany and at the Gwangju Institute for Science and Technology in nanobio materials and electronics, and Michael Howard, president and CEO of the Electric Power Research Institute in the United States.

Some of the 10 topics to be discussed during both events include new technologies in electricity generation, distribution and transformation technologies; environmentally friendly power generation; smart grid power management systems; and high-voltage direct current technology.

The smart grid system is an ICT-enabled electricity management platform that automatically connects all power-related infrastructure and devices, ranging from power plants to the power transformation infrastructure, as well as the commercial buildings that actually consume energy.

The system boosts energy efficiency and accurately estimates power usage to prevent the oversupply of power and outages.

One of its primary advantages is that it detects live a region’s energy demand and nearby power plants’ energy supply. In times of low demand, electricity produced is automatically stored inside the energy storage system (ESS) battery, which is released when demand is high.

The ESS also solves peak load problems, which are caused by higher energy demand due to overlapping peaks, by sending out the electricity stored in the big secondary battery.

In faraway regions like islands, where implementing power transmission infrastructure is difficult, the auto management system can be applied through a micro grid, a mini-version of the regular smart grid system.

The micro grid connects independent generators like solar panels and wind turbines on a network through multi-way power distribution technology, and enables each region to supply its own energy. This helps stabilize energy supplies and reduces power distribution costs.

Kepco has selected smart grid and micro grid system technologies as one of its flagship growth engine businesses, and plans to spread it nationwide and export the technologies overseas.

The company has started investing a total of 26.2 billion won to prepare the system at 119 Kepco branches nationwide by end of this year.

When it comes to micro grid technologies, Kepco has already made a $15 million deal with PowerStream of Canada in July to export the technologies and join hands for further research and development.