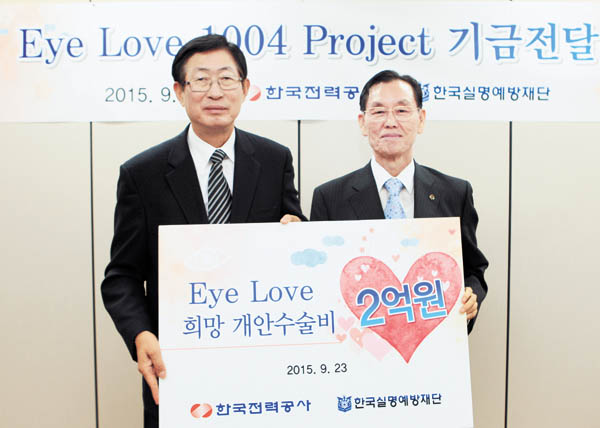 The Korea Electric Power Corporation (Kepco) said on Wednesday that it donated some 200 million won ($168,000) to the Korea Foundation for the Prevention of Blindness to cover surgery costs for about 80 local people with visual impairment.

The company also provided surgery costs for about 20 people in the Philippines, Jordan, Vietnam and Botswana where Kepco has electricity generation and distribution infrastructure businesses.

Since 2011, the company has paid surgery costs for 100 individuals every year.