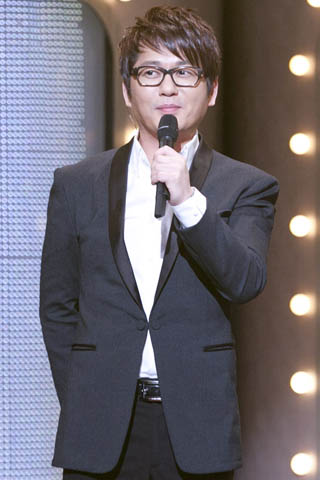 Dec. 4 to 6: Shin Seung-hun is a prominent Korean ballad singer whose career peaked in the 1990s. He garnered international popularity and was active in Japan and China. Most notably, his song “I Believe” was on the sound track for the mega-hit Korean romance flick “My Sassy Girl.” Commemorating the 25th anniversary of his debut, Shin will also perform songs from his upcoming 11th album. It will be the first full-length album he has released in nine years and is expected to come out at the end of October.

Wednesday: To commemorate the 50th anniversary of composer Yoon Yong-ha’s death, Myeongdong Cathedral is organizing a special concert dedicated to Yoon and his work. Known for his signature song, “The Barley Field,” Yoon was a composer of around 200 lyrical folk songs and was known as the “independence fighter of culture” during the period of Japanese colonial rule from 1910-45. Myeongdong Cathedral said it decided to organize the concert as this year not only marks the 70th anniversary of Korea’s liberation from Japan, but also because the cathedral is where Yoon’s funeral mass was held.

Thursday: Two eminent Swedish sopranos, Anne Sofie von Otter, who will be returning to Korea for the first time in seven years, and Camilla Tilling, have paired up for the ultimate duet concert.

The repertoire emulates the legendary 19th and 20th century singers Jenny Lind, known as the “Swedish Nightingale,” and Birgit Nilsson, according to the concert program. Following in their footsteps, von Otter and Tilling are proving to be Sweden’s nightingales of the 21st century.

Thursday, Oct. 7 and 9: The ensemble Ditto, composed of violist Richard Yongjae O’Neill, violinist Stefan Jackiw, violinist Daniel Chong, cellist Michael Nicolas, pianist Lim Dong-Hyek and pianist Steven Lim, debuted in 2007 with a mission to foster greater appreciation for classical music. They will bring this zeal to a three-day concert festival that will include the group’s performances and collaborations with other musicians. The first show is called “The Best of Ditto: Ditto Hits.” The second concert, “Chamber Music Night,” invites to the stage Gidon Kremer, a Latvian violinist who has received numerous accolades, including the Grammy Award in 2002 and a nomination in 2015. The last performance, “All Concert,” showcases a full-scale concert with Lim Dong-Hyek, Gidon Kremer and the Kremerata Baltica, a chamber orchestra founded by Kremer in 1997.

Oct. 9 to 11: Ballad and R&B musician Kim Dong-ryul, well-known for his ticket-selling power, will hold a large-scale concert. The concert will accommodate 30,000 attendees for three consecutive days. Musicians Lee Juck and John Park, who are close friends of Kim’s, will perform as guests to diversify the concert. As Kim has not appeared on TV for nearly four years, the concert is highly anticipated by many of his fans.

Oct 15. to 18: Korean rock band YB debuted in 1996. It is considered the biggest and most well-known band in the country. In particular, the group was popular during the 2002 World Cup and in 2011 when they appeared on the show “I Am a Singer.” The band has released nine full-length albums, won the Mnet Asian Music Awards and received several nominations. YB is holding this concert to celebrate their 20-year career and savor their hits, old and new.

Oct. 30 and 31: Yim Jae-Beom is a preeminent Korean rock singer who started his career as the main vocalist of Sinawe, a heavy metal band that debuted in 1982. Yim also worked with other bands over the years before he released numerous solo albums. Recently, he starred in the competitive singing show “I Am a Singer” and was the winner for two seasons before he announced his temporary departure in 2011. His song, “In Love,” was also nominated for best original sound track at the 2011 Mnet Asian Music Awards.