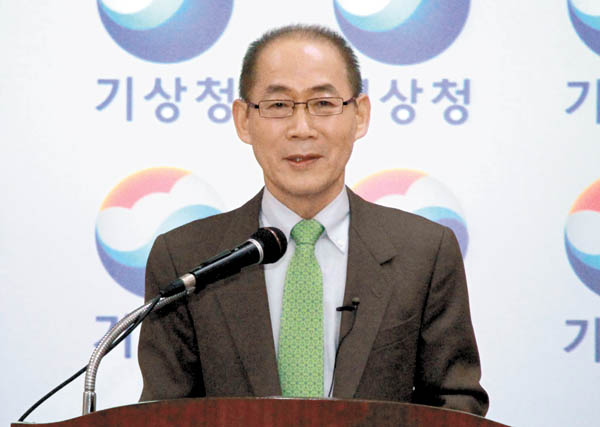 Lee, 69, will replace Vice Chairman Ismail El Gizouli from Sudan who held the role as interim chairman following the resignation of Rajendra Pachauri in February amid allegations he sexually harassed a colleague at New Delhi-based The Energy and Resources Institute, of which he is the director general.

Lee will oversee the next stage of the body’s work following the release of its fifth major report on climate change in November 2014. His selection comes just before a UN climate summit in Paris in December aimed at reaching a global climate agreement.

“The next phase of our work will see us increase our understanding of regional impacts, especially in developing countries, and improve the way we communicate our findings to the public,” Lee said in a prepared statement after his election. “

Lee is currently a professor in the graduate school of energy and environment at Korea University, according to a posting on the IPCC’s website. He’s also a council member for the Global Green Growth Institute and an executive board member at the Korean Academy of Environmental Sciences.

Pachauri, who supervised work on the two most detailed studies of climate change ever completed, stepped down as head of the UN panel after the allegations. He had worked to tighten up the credibility of the reports and survived a scandal five years ago over exaggerated claims about the speed of glaciers retreating.

Elected to the post in 2002, Pachauri accepted the Nobel Peace Prize on behalf of the panel in 2007 for its work on sharpening climate science.

The IPCC was set up in 1988 to provide policy makers with regular assessments of the scientific basis of climate change, its impact and future risks, and options for adaptation and mitigation.

The panel assesses thousands of scientific papers published each year, identifying where scientists agree and where they disagree.

The IPCC’s sixth assessment report is expected to be completed in five to seven years. Bloomberg