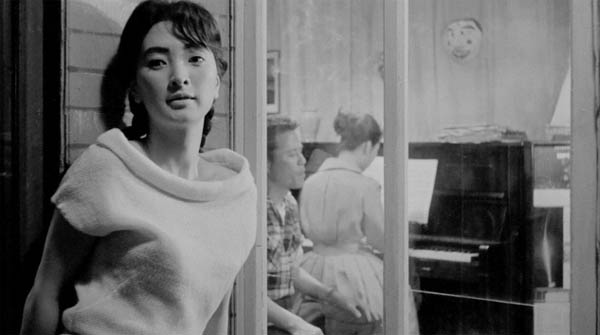 A newly hired housemaid having a secret affair with a married landlord, resulting in the complete collapse of the four-member family as well as herself, was something Koreans weren’t used to seeing, both in movies and in real life.

But audiences were drawn to the mysterious face of the actress who played the problematic housemaid, Lee Eun-shim, who plays the character as though she is bewitched, adding an extra touch of suspense to the drama.

The actress in question returned to Korea for the first time in 33 years to participate in the ongoing Busan International Film Festival (BIFF). 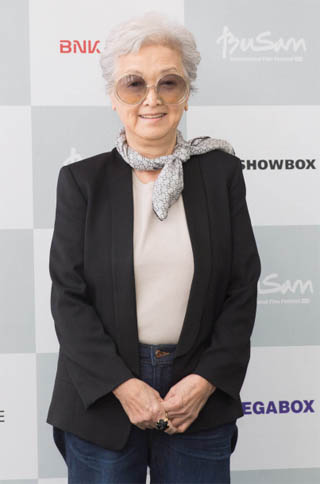 Dressed casually in jeans and sunglasses, the 80-year-old actress told reporters that she was deeply grateful for the warm welcome she was receiving.

“I came to Busan with my granddaughter, and she worried that nobody would recognize me,” she said during an interview on Sunday. “Thank you for greeting me with such a warm welcome. I feel it was the right thing to come here.”

The black-and-white movie was hugely controversial for many reasons back in the ’60s.

In addition to the unconventionally daring character Lee played, the film was also seen as revealing the exclusiveness of Korea’s upper class and how it would quietly force the less fortunate to make sacrifices.

Nam Dong-chul, the programmer of BIFF, said Lee’s role was “very vital” in establishing the landscape of the overall film.

“The character of Lee Eun-shim built up suspense just with her face and ambiance. It was a completely unprecedented character,” he said.

During the interview, Lee said she first met Kim, the late director, at one of the cafes frequently visited by movie stars and directors back in those times.

“I wasn’t tall nor did I have a pretty face. But director Kim said that he felt something extraordinary about me,” Lee said.

“During the filming process, he himself demonstrated how to act, and I just followed him the way he ordered me to.”

She also mentioned late actor Kim Jin-kyu, who was her on-screen partner.

“He was always advising me in a warm way even if I did something bad,” she said.

“It would have been really nice to see him in our home country.”

After skyrocketing to fame with “The Housemaid,” Lee appeared in several more movies. However, after admitting to herself that she was “just not good at acting,” she and her late husband Lee Sung-gu, also a filmmaker, left for Brazil for good.

She claims it wasn’t hard for her to leave acting and that she had no regrets, but she says her admiration for her home country and its film industry never waned.

She said she watched the remake of “The Housemaid” directed by Im Sang-soo and released under the same name in 2010. It had actress Jeon Do-yeon in the infamous role.

“Jeon was much prettier than me and she was better at acting, too,” Lee said.

“This visit to Korea will probably be the first and last for me. I am always proud of Korea. When Korea appears on Brazil’s news, I always hope it stays there longer. I will spend my last days in Brazil, but I always consider myself as a Korean,” she said in front of the audience when she watched her late husband’s work “The General’s Mustache” (1968) on Saturday with her daughter and granddaughter.