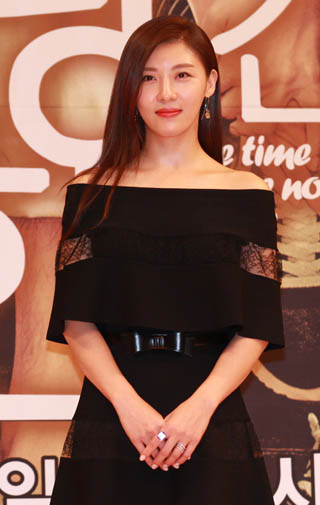 Actress Ha Ji-won will visit Taiwan on Nov. 21 to participate in the Golden Horse Film Festival and Awards.
The event is one of the world’s top film festivals and awards, and she was invited as a presenter.
The event will be broadcast live in many cities and countries, including Hong Kong, Macau, Indonesia, Brunei, Cambodia and Singapore.
According to her agency, Haewadal Entertainment, Ha has huge fan base in Taiwan after appearing in the period drama series “Empress Ki” (2013). She also recently appeared in the drama series “The Time We Were Not in Love,” which is based on the Taiwanese drama series “In Time with You.”
Ha is currently shooting a film with Korean actor Chun Jung-myung and Taiwanese actor Chen Bolin.
By Sung So-young