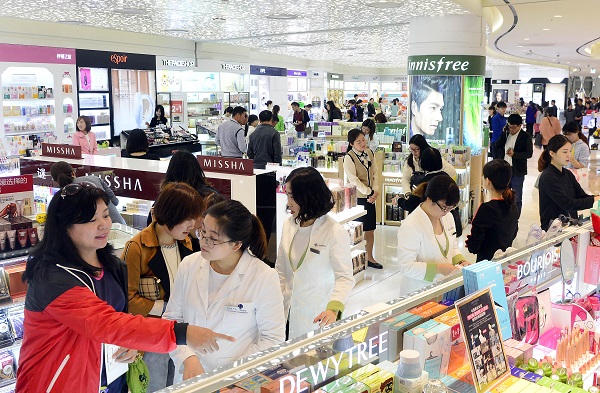 The customs agency’s verdict on duty-free licenses will deal a serious blow to Lotte Group, which will lose its tax-exempt outlet at Lotte World Tower that raked in over 400 billion won ($342 million) in sales last year.

“As Lotte Group attempts to take Hotel Lotte public, the outcome will negatively affect the IPO,” said Cha Jae-heon, a researcher at Dongbu Securities. “It might have to lower the offering price of Hotel Lotte.”

Hotel Lotte is on track to go public by the first half of next year, as Lotte Group seeks to bring more transparency to its affiliates following a prolonged family dispute over Lotte’s control. The fraternal battle has brought to light the group’s complicated governance structure, as well as the family’s dynastic hold on operations. 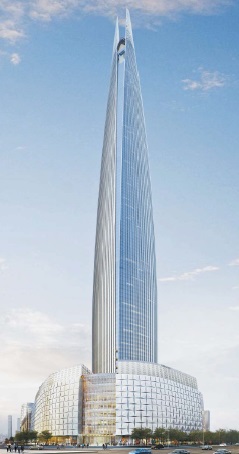 The group said on Sunday that it will proceed with the IPO as planned.

Still, investors’ concerns about the decision became evident as Lotte affiliates led the drop on the main Kospi market. Shares of Lotte Shopping, the unit most closely related to the duty-free industry among listed Lotte companies, fell 5.65 percent on Monday.

Lotte Shopping operates the Lotte Department Stores that house the group’s duty-free outlets. The closure of the tax-exempt shop in Jamsil, southern Seoul, could limit the flow of visitors into the department store and lead to lower overall revenue.

SK Networks also faced headwinds on the stock market, as it has been pushed out of the duty-free industry altogether following the decision by the Korea Customs Service.

Shares of SK Networks plunged a whopping 21.65 percent on Monday.

The outlet has run Walkerhill Duty Free in Gwangjin District, eastern Seoul, for 23 years, and SK Networks has recently invested 100 billion won in the location. 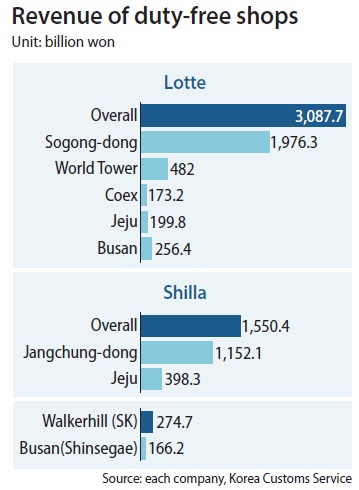 Those investments will be for naught, but there will also be further costs associated with closing the store.

By contrast, winners of the bid rallied. Shares of Oricom, Doosan Group’s advertising affiliate, shot up 22.36 percent on expectations that the company might be responsible for advertising the group’s new duty-free shop. The advertising unit is also run by the son of Doosan Chairman Park Yong-maan, who promised a hefty investment into the duty-free business.

Shinsegae also rose by 3.52 percent after it managed to maintain the right to run its tax-free shop in Busan and gained an additional license for a new outlet in Seoul.

The Korea Customs Service mandated in 2013 that each operator’s license be subject to a public bid every five years. Prior to that, the licenses were automatically renewed every 10 years.