Payback time for Korea as they face Japan’s Otani

Payback time for Korea as they face Japan’s Otani 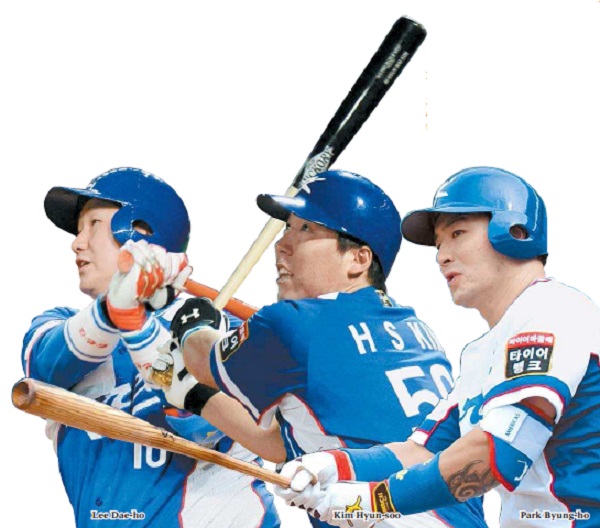 Japan will face a new determined Korean team when the rivals meet again tonight in the Premier 12 tournament in Tokyo, with a single-minded focus on overcoming nemesis Shohei Otani.

“We just can’t be defeated again,” said manager Kim In-sik on Wednesday. “I’m sure the players have also come here with a new mindset.”

The two teams met in the tournament opener at the Sapporo Dome on Nov. 8 and Korea was trounced 5-0, with Japan starting pitcher Otani playing a devastating role in the overwhelming defeat.

And Japan has already announced that the 21-year-old right-hander will also start tonight at the Tokyo Dome. 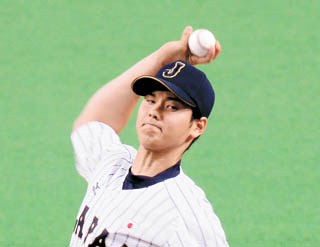 Otani shut out Korean batters with 10 strike outs in six innings in the first game. Since then he hasn’t played a single game in the tournament.

Korean batters have been waiting for their chance to get back at Otani. In the first game, only Kim Hyun-soo and Park Byung-ho were able to get hits off of him.

“We can suffer once, but we can’t accept having the same result twice,” said Korea’s designated hitter Lee Dae-ho, who had a strikeout and a ground-ball that led to double play against Otani on Nov. 8.

Otani, who went 15-5 with 2.24 ERA for Hokkaido Nippon-Ham Fighters in the Nippon Professional Baseball this year, has routed Korean batters with 160-kilometer per hour fastballs along with the forkball that reached up to 147-kilometer s per hour in the first game.

Local analysts say Korean batters should go for fastball before the ball counts reach two strikes. In the first game, there were only five occasions when Korean batters had more balls than strikes when facing Otani at-bats, and they produced one single and two base-on-balls.

“Otani got good results in the first game, so he may come up with a similar pattern again,” KBS N Sports analyst Cho Sung-hwan to Ilgan Sports, an affiliate of Korea JoongAng Daily.

“Our batters were too cautious in the first game. Maybe they wanted to watch more of Otani’s pitches, but as they waited, the ball count added to the pressure and they were defeated by his forkball.”

In the first game against Korea, Otani faced Korean batters 21 times before stepping down from the mound. But in 15 occasions, he threw a strike in his first pitch. Korean batters didn’t even make a swing on eight of them.

“Waiting isn’t always the answer,” said Sky Sports analyst Lee Hyo-bong. “Core batters should go aggressively from the first pitch, but the rest of the batters should hold off Otani and increase the number of his pitches.”

“Don’t even thinking about hitting Otani’s forkballs,” Sasaki was quoted as saying to JoongAng Ilbo. “Also, forget about the slider and curve which he occasionally pitches. Just go for the fastball.”

Hyun Jae-yoon, former catcher for Samsung Lions and LG Twins, also agreed players should not focus too much on hitting Otani’s forkballs.

“His forkball will be a ball our batters are not going to hit,” said Hyun who now works as an analyst for SBS Sports. “If we score one or two points first, Otani will also be affected.”

“When Otani’s condition is at its peak, he is invincible,” Ito said to JoongAng Ilbo. “Korea should first look at Otani’s pitching in the first inning and come up with instant counter-measures.”

But local experts are saying Korea’s offense will not be the same as the first game, since players have now found their game rhythm after playing four games on the tournament.

“Our batters’ batting sense has also got better and the mindset for the semi-finals is different than the qualifying rounds,” said former Hanwha Eagles and Yomiuri Giants pitcher Chung Min-cheol, who now works as MBC Sports+ analyst. “Since Otani’s pitch has been revealed, I’m sure our players will find a solution.”

Local pundits also emphasized that Korean pitchers should do their job well, especially with a starting pitcher to hold off Japanese batters for long innings.

In the first game, Korea’s starting pitcher Kim Kwang-hyun was sent off from the mound in just 2 2/3 innings after allowing two runs with five hits.

For tonight’s game, right-hander Rhee Dae-eun will start. The 26-year-old went 9-9 with 3.84 ERA with Chiba Lotte Marines in the NPB this year. In the Premier 12, he started against Venezuela on Thursday and had six strikeouts in five innings, though he also allowed two runs.

Korea is also expecting the relief trio of Cha Woo-chan, Chong Tae-hyon and Lee Hyun-seung to shut down Japanese batters from the second half of the game.

“If we give up first the run, players will feel pressure that they are going to lose again,” said former Doosan Bears manager Kim Jin-wook. “Korea will probably meet Otani again in future international tournaments. If we are shut out again in the semis, the impact will prolong even to the next tournament.”

Korea, which finished third in Group B with 3-2 record, is coming off a 7-2 victory over Cuba in the quarter final on Monday, while Japan has beaten Puerto Rico 9-3 to enter the final four. Japan, ranked world No.1, hasn’t lost a game in this Premier 12 so far. The winner of this game faces the winner between Mexico and the United States in the final at Tokyo Dome on Saturday.

This is the first time since March 2009 that Korea and Japan are clashing at Tokyo Dome. Back then, Korea had a thrilling 1-0 victory over the hosts.