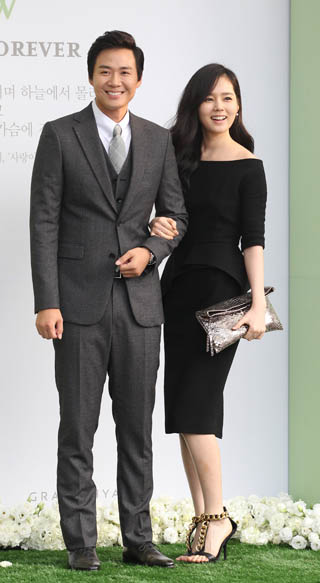 BH Entertainment, the actress’s agency, said on Monday, “A new life has come to Han and Youn. Han is currently 19 weeks pregnant.”

Since the actress had a miscarriage last year, she has been keeping a low profile about her pregnancy, but as she is approaching 20 weeks, her agency revealed the news.

Han and Youn first met when they appeared in the 2003 drama series “Yellow Handkerchief,” and they developed a romantic relationship.

Youn has been appearing in films and drama series in recent years, while Han has been taking a break since the 2012 hit drama series “Moon Embracing the Sun.”

BH Entertainment added that Han will take some time off before her child is born.