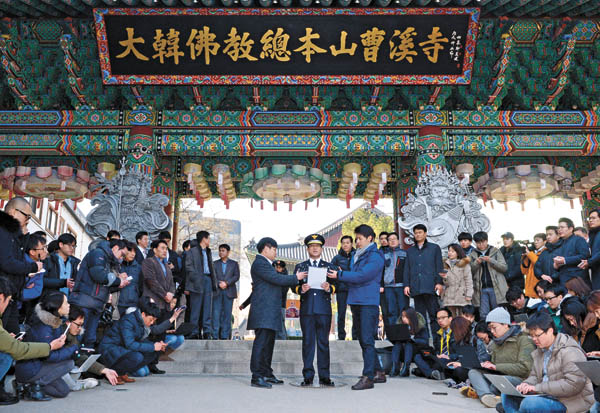 Gu Eun-su, commissioner of the Seoul Metropolitan Police Agency, holds a press conference at the Jogye Temple in Jongno District, central Seoul, on Tuesday. The police hinted they would storm the temple to arrest Han Sang-gyun, head of the Korean Confederation of Trade Unions, who has been taking refuge in the temple since a rally on Nov. 14 turned violent. [NEWSIS]