[Cooking with Her Excellency, U.K.]Cullen skink fresh from the highlands

[Cooking with Her Excellency, U.K.]Cullen skink fresh from the highlands

Pascale Sutherland, the wife of British Ambassador Charles Hay, was candid in saying that cooking wasn’t her favorite hobby. Calling it a “labor of love” for her two daughters - ages 6 and 9 - the half-Scottish, half-French conference interpreter with a background in English, French and Italian conceded that it was her husband who often cooks more.

“Although I cook every day, I don’t enjoy it. In fact, Charles often does the cooking when we have guests over at our house. I cook simple dishes, and we eat a lot of pulses, roots and vegetables.”

The couple shared their “labor of love” late last month when they arrived at the hotel for the cooking session, both wearing aprons to prepare a traditional Scottish home meal, the second couple after the Ecuadorians to cook together side-by-side. 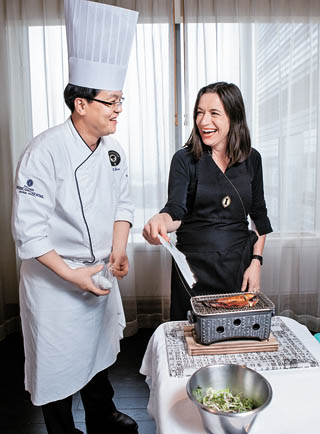 Responding to the reporter’s question on what he enjoyed most about the experience, Hay, chuckling, showed no hesitance in his answer: “the tasting part.”


Q. Why did you choose cullen skink for today’s main dish?

A. My husband and I are both Scottish - Charles reminds me sometimes that he is 100 percent so, while I’m merely 50, with the other half being French - so it seemed fitting to choose a dish from that region. We chose to prepare a type of soup because it is winter, and a warm soup is always good for the soul.

Scotland is famous for its fish, and in the past, many people lived near the sea. In the days before refrigerators were invented, people preserved fish by smoking them, and this recipe uses a particular kind of smoked haddock from the village of Cullen in Moray in northeast Scotland. “Skink” is a traditional word for “fish stew.”

[Due to the absence of this ingredient in the local market, the couple used ordinary codfish, unsmoked, during this cooking session.]

Like every other country, history has played a huge part in the nature of our cuisine. The Romans brought us cherries, cabbage, peas and importantly, wine. The Saxons introduced herbs, not only to give flavor in food, but to pad out stews popular to this day. The Vikings and Danes introduced the culinary techniques for smoking and drying fish, and even today, the northeastern coast of England and Scotland are the best places to find kippers, also known as smoked herring. 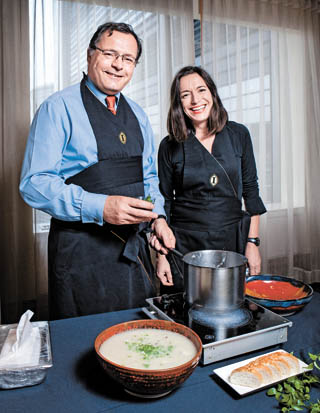 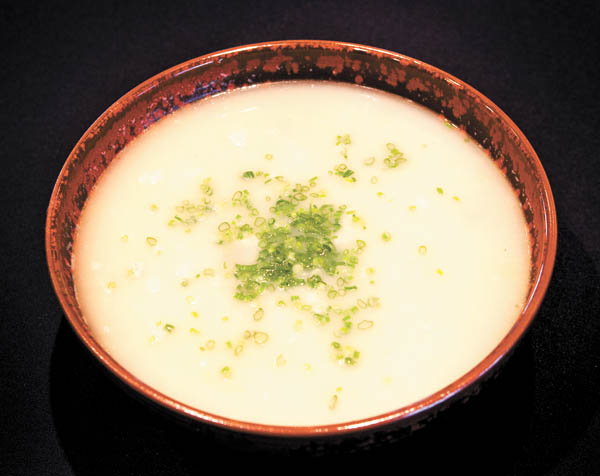 York ham is still popular nowadays, and it’s said that the first York ham was smoked by trees used for building the York Minster [the largest Gothic Cathedral in northern Europe]. With the Tudors came spices from the Far East, sugar from the Caribbean and coffee and cocoa from South America.

In more modern times, Britain has become a global trading nation, and of course, the British Empire at one time spanned the world. In 2001, British Foreign Secretary Robin Cook declared that “chicken tikka masala is now a true British national dish, not only because it is the most popular, but because it is a perfect illustration of the way Britain absorbs and adapts external influences.” However, a recent poll has suggested that tikka masala has been supplanted by Chinese-style stir-fried dishes, which British people apparently eat once a week on average. 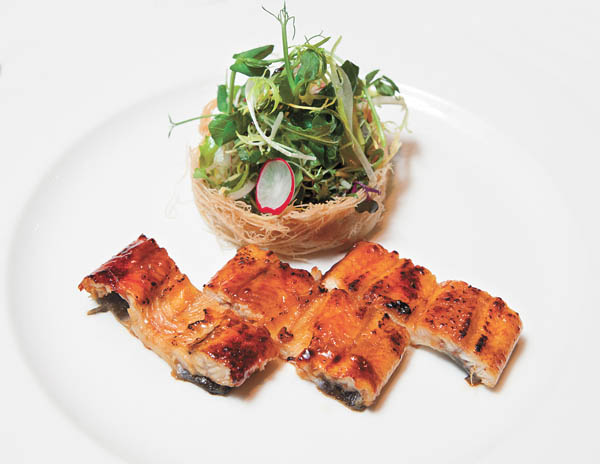 But this is not what people mostly associate with traditional British cuisine. Most Koreans will suggest fish and chips. Others would say roast beef and Yorkshire pudding, or steak and kidney pie, and as a dessert, trifle. Some people have defined British cuisine as consisting of unfussy dishes with quality local ingredients and simple sauces to accentuate flavor, rather than to disguise it.

To add to that, Britain has some of the best ingredients in the world. We have first-class game, beef, pork, lamb and poultry. Our climate is quite varied, so we have excellent seasonal vegetables and fruits. One of the most exciting things happening now in Britain is that people are once again becoming aware of the different seasons, and when Charles and I were in London, we had a weekly box of organic seasonal fruits and vegetables. This was a wonderful way of becoming more in tune with the seasons, and we had to be inventive in preparing our meals using the seasonal produce, some of which were unfamiliar to us.

I should also say there’s so much delicious seafood to be found off our coasts. Most are exported, but our family had the good fortune to be able to buy crabs, lobsters and crayfish directly from the fishermen during recent holidays to the Scottish Western Isles.

What Korean dishes are you fondest of, and why?

Winter has arrived, and pumpkin porridge [hobakjuk] is a wonderfully warm and comforting type of food like the fabulous soups we eat in the U.K. at this time of year.

As a pescatarian - someone who eats fish but no meat - I eat a lot of vegetables and have eaten the most delicious salads I have ever eaten in my life in Seoul - crisp and crunchy with a plethora of different leaves. A particular favorite is lotus salad. I do not have a sweet tooth, but I love sipping persimmon cinnamon punch as I eat fabulous rice cakes, especially duteoptteok [rice cake with red beans and nuts filling].

Please give us your personal observations about Korea, how it compares to your country or other countries in which you have lived.

The contrast between multicultural London and Seoul was initially difficult for our children, but they now love their lives in Korea. What has struck me the most is the coexistence of modern technology and traditional arts and craft. The U.K. and Korea share an enthusiasm for preserving these fragile and fundamentally important ways of life.

From a recent trip to Arran, a Scottish island, Charles and I bought ceramic bowls made by a place called Arran Ceramics. Visiting the Isle of Harris, we bought some Harris tweed from a Gaelic-speaking weaver. I then met a Korean designer here, the owner of a brand named Joanne, who made me a beautiful jacket that turned out to be a perfect match! The transport system here is also so efficient, and my husband and I walk whenever we can. I just wish more drivers would respect zebra crossings!

Which places in Seoul do you enjoy visiting the most, and why?

I like strolling around Bukchon Hanok Village and the side streets of Insa-dong, both in central Seoul, to look for exciting new ceramics. I go to an art class in Hapjeong-dong, western Seoul, and love the energy in the neighborhood. I enjoy going to the flower market when the weather is nice and early in the day at Namdaemun Market in central Seoul, which our children love, too. They attend the Lycee Francais de Seoul, so another place I spend a lot of time in is Seorae Village in southern Seoul, which is probably the district I know best. I like its low-rise buildings and last but not least, the fact that I can buy baguette every day!