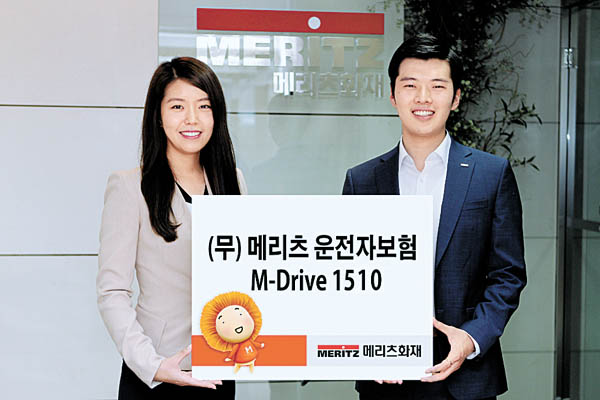 Meritz Fire & Marine Insurance has released a new car insurance policy, the M-Drive 1510, for which the coverage rate is among the highest in the nation.

The most significant feature of the policy is the high daily coverage rate offered for hospitalized patients. Maximum medical expenses covered during treatment totals 30 million won ($25,600) in the basic coverage plan.

Customers can also take advantage of an additional option in which emergency room visits are included, even for simple injuries.

Clients who register for the most basic driver’s insurance plan - which pays up to 30 million won per accident - are insured for 20 years, or until the driver reaches 100.

“The newly released car insurance policy was devised to cover a wide range of physical damage due to car accidents in order to help our clients prepare for every kind of possible injury risk,” a company spokesman said.