Reunion of S.E.S. not a certainty

Reunion of S.E.S. not a certainty 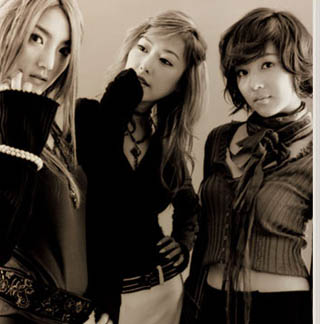 Members of the first-generation K-pop girl group S.E.S. denied reunion rumors by saying that nothing has been decided yet.

Yonhap News ran an exclusive report on Friday that Yoojin, Shoo and Bada would release a digital single early next year. If true, it would be the first reunion in 15 years since the group broke up in 2001.

But a person working for Run Entertainment, Shoo’s agency, told Ilgan Sports, an affiliate of the Korea JoongAng Daily, “The three members have been organizing charities for seven years and donate the proceeds. They talked about releasing a digital single in the past as part of the charitable work, but they haven’t decided anything about the release of the digital single.

“In addition, all three members belong to different agencies. If they want to release an album, they should arrange [some paperwork] in advance.”

S.E.S. debuted in 1997 with the song “I’m Your Girl,” taking the music scene by storm upon its debut. Until its breakup, S.E.S. was undeniably a top-notch girl group.

After the trio disbanded, Bada has been pursuing a career in musicals while Yoojin has been appearing in drama series. Shoo kept a low profile and lived as a stay-at-home mother for years, but she recently resumed her career by appearing in a reality TV show with her twin daughters.

Meanwhile, the trio reunited for a special episode of the popular TV show “Infinite Challenge,” in which the show gathers together big names from the ’90s music scene.

But their surprise reunion wasn’t complete because Yoojin was absent due to her pregnancy.