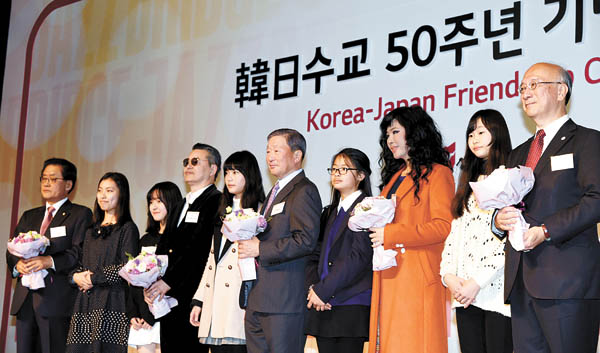 The intent was to encourage the exchange of art and culture, and foster a more positive relationship between the two neighbors. The Nov. 30 concert featured eight renowned jazz artists from both nations.

Over 1,000 people attended the event, including some 300 leaders in political, diplomatic and cultural fields from both countries, such as Japanese Ambassador to Korea Koro Bessho and Kim Tae-hwan, acting chair of the Korea-Japan Coalition.

“According to my limited knowledge, jazz musicians play music freely with open minds, unhindered by any rules,” LG Chairman Koo Bon-moo said at the VIP reception prior to the concert. “We hope that Korea and Japan will communicate in a similar fashion and evolve their relationship through exchanging art and culture.”

In response, Ambassador Bessho said, “People’s minds unite through music, and as such, we hope Korea and Japan will become like-minded and carve out a new future together.”