NPAD calls itself by a new name

NPAD calls itself by a new name 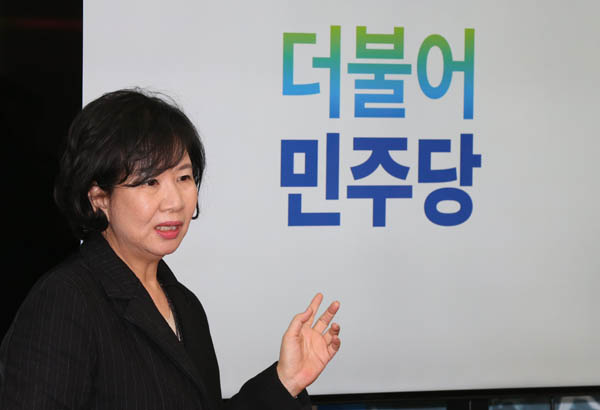 The main opposition party has changed its name after nearly two years to spruce up its image and erase any memory of former co-founder Ahn Cheol-soo, who defected from the party two weeks ago.

The party held a press conference early Monday and announced the new name Deobureo Minjudang, which translates as “along with the democratic party.” It said the former name, the New Politics Alliance for Democracy (NPAD), was difficult to remember and less friendly.

Ahn had helped choose that name.

The official English name and logo will be disclosed next week.

The opposition had begun working on a new name in early December, a day after Ahn’s ultimatum to chairman Moon Jae-in to hold a party convention next month to elect a new party leader.

Ahn Cheol-soo co-founded the party in March 2014 with Moon and Rep. Kim Han-gill but abandoned it on Dec. 13 after relations with Moon soured beyond repair. The political maverick said he will form a new party by Feb. 8 that will stand for “rational reform,” with an ambition of winning at least 100 seats in the April general elections and the presidency in 2017.

On Monday, the political confrontation between Moon and Ahn deepened as the two rivals struggled to gather politicians around them, preparing a battle for votes in the general election next April. Moon vowed an early launch of an election planning committee, rebuffing internal demands to hold a convention to elect a new party leader.

“It is upon me to decide my position. I shall not allow any controversies about it,” Moon said at the party’s Supreme Council meeting held Monday morning.

Specifics about the committee were to be discussed by the council, according to the party spokesman.

A group of lawmakers suggested Sunday that Moon create an election planning committee as early as possible to halt defections from the party.

The main opposition party lost two more legislators on Monday, Rep. Choi Jae-cheon and Kwon Eun-hee, reducing the number of opposition lawmakers to 119 from 126 after previous defections. The Saenuri Party has 157 seats in the 300-member Assembly.

“I hope they will retract their decision,” Moon said, urging lawmakers to decide their futures fast.

Including Ahn, eight lawmakers have left the NPAD to join the new party, and high-profile NPAD lawmakers, including a former chairman, Kim Han-gill, are planning to join. If Ahn manages to recruit more than 20 lawmakers, the new party will become a so-called negotiation bloc inside the National Assembly which would have negotiation power and receive higher state subsidies.