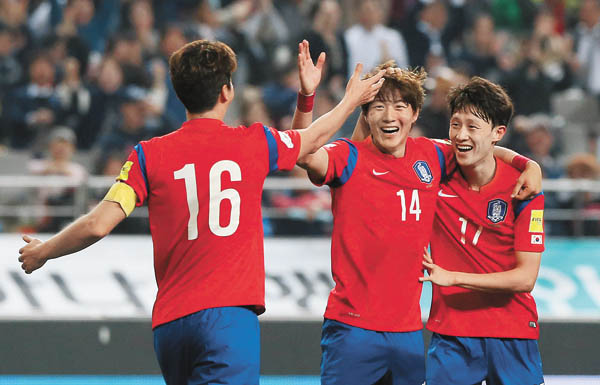 In 2015, the Korean men’s national team lost only once. Under the guidance of coach Uli Stielike, the Taegeuk Warriors achieved an 80 percent winning percentage this year - the best performance since 1980 - with 16 wins, three draws and one loss.

Korea’s only loss came in the Asian Cup final in January, losing to host Australia 2-1. But since then, the team has been undefeated. In August, South Korea won the EAFF East Asian Cup over host China, Japan and North Korea. In addition, the team has been cruising in the 2018 FIFA World Cup second round Asian qualifiers, taking the top position in Group G with six straight wins.