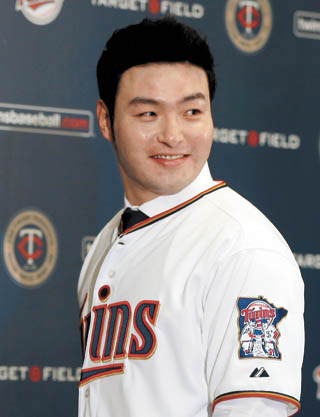 After the KBO League and Premier 12 tournament ended, Korean baseball players rushed to enter the MLB. Nexen Heroes slugger Park Byung-ho signed a four-year deal worth $12 million with the Minnesota Twins through the posting system. Then Doosan Bears outfielder Kim Hyun-soo inked a two-year deal worth $7 million with the Baltimore Orioles. Kim, the Premier 12 MVP, became the first Korean free agent to go directly from the KBO to the MLB.