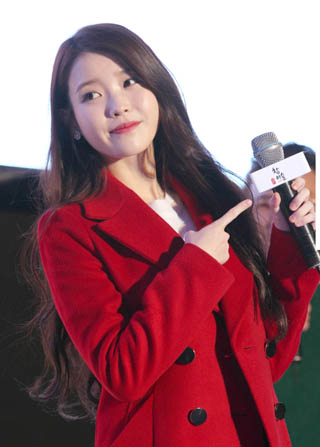 Singer IU will pair up with actor Lee Joon-gi in an upcoming drama series.

The production company for “Moon Lovers” confirmed the casting of IU on Monday. Lee had finalized his appearance in the series in November.

The drama was first produced in China in 2011 as a 35-episode series that had many fans in Korea as well.

In the Korean series, Lee will play the role of a prince from China’s Qing Dynasty who falls in love with a woman from Seoul, played by IU.

Unlike other dramas, “Moon Lovers” will be filmed in advance and will air some time in the second half of the year.

It will be directed by Kim Kyu-tae, who took the helm of the popular 2014 drama series “It’s Okay, That’s Love.”