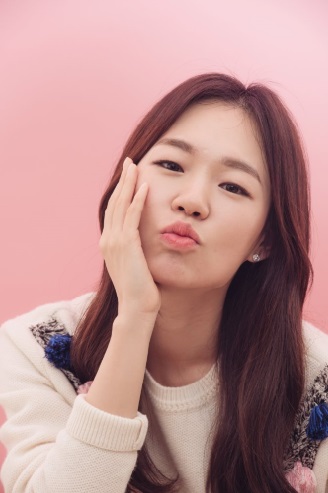 But in “A Dramatic Night,” directed by Ha Ki-ho, her pretty side stands out. She wears feminine, pastel-colored outfits and is portrayed as a lovable woman, seen cooking and going on dates with her lover.

Two months after they each go through breakups, Si-hoo (Han) and Jeong-hoon (Yoon Kye-sang) reluctantly attend their exes’ wedding. The two get drinks together after the ceremony. One thing leads to another, and they end up spending the night together. 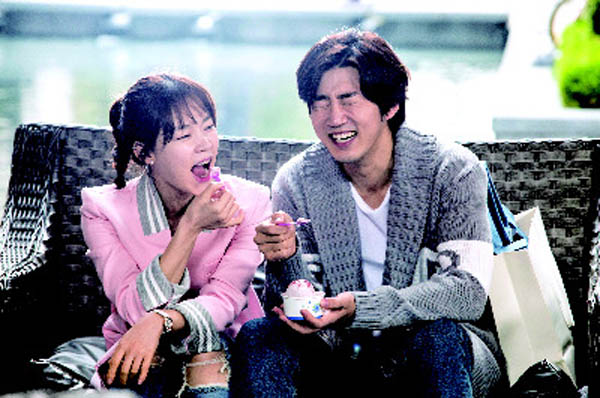 Han says she is content with how pretty she looked on screen and is grateful to have finally worked on a romantic comedy. Below is an edited excerpt of her recent interview with Ilgan Sports, an affiliate of the Korea JoongAng Daily.

Q. It seems Si-hoo is the only role where you could be as pretty as you want since your debut.

A. You are right. In my previous works, I had just one outfit (laughs). But for Si-hoo, I wore about 20 outfits. It was actually me who suggested to the director that I wear colorful clothes. I guess this film helped satisfy my wish to look pretty as an actress once and for all. I’m very content with how I looked on screen. When I think of all the movies I appeared in, I look the prettiest in this one.

It was also your first try at a romantic comedy.

Yes. But it took me time and effort to be able to appear in a romantic comedy. Plus, Si-hoo is the main character. So it also took awhile for me to be able to take on the leading role. But I always thought the romantic comedy was something I wanted to try as an actress, more so because the characters I had played in the past were so dark and heavy. I wanted to show my versatility and approach the audience with a friendlier and lighter role.

There were also some scenes where you had to show some skin. Was it a burden for you?

If I feel that way, all the production crew would have also felt it. Plus, it’s not just me showing skin but also the male lead, Yoon Kye-sang. Although he’s a guy, I’m sure he also felt slightly uncomfortable. Yoon and I are of the same talent management company [Saram Entertainment] and are close. So we didn’t have to go through that ice-breaking stage. We just jumped right into discussing the script and our characters.

I also heard you were afraid of becoming too famous as an actress.

I still am, actually. It’s because fame can lead you to places you don’t want to be. And also because of fame, what you say and do can be interpreted differently and cause unwanted repercussions. That’s what I’m afraid of. Thankfully, there are still many people who don’t recognize me. And I hope to take things slow.

Are there any characters or genres you want to try next?

I feel that for my next role, I can be anything. I think I won’t feel uncomfortable even with a type of character I’ve never played before. I want to widen my spectrum and play all kinds of roles as much as possible. But one thing I really want to see is a well-made movie on Korean dance; maybe it’s because I was a Korean dance major. I don’t have to be in it, but I really want to see the movie come out.