Getting to know the eco-friendly Ioniq

Getting to know the eco-friendly Ioniq 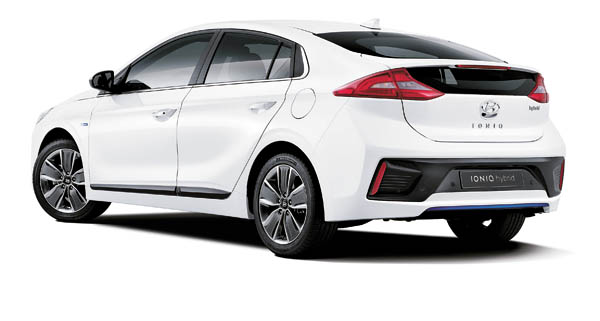 HWASEONG, Gyeonggi - Hyundai Motor gave a peek at the Ioniq, which the automaker expects to be its “Prius killer” both in Korea and abroad.

At a media preview event held at the Namyang R&D Center in Hwaseong, Gyeonggi, on Thursday, the nation’s leading automaker revealed the Ioniq’s features and designs, although photos weren’t allowed. The company will completely unveil its hybrid to the public later this month.

The Ioniq is Hyundai’s first car truly designed to be environmentally friendly. The automaker has other green cars such as the Sonata hybrid (HEV) and Sonata plug-in hybrid (PHEV), but the Sonata also comes in diesel and gasoline models.

The Ioniq will only come in HEV, PHEV and electric vehicle (EV) models The Ioniq revealed on Thursday was the HEV model. 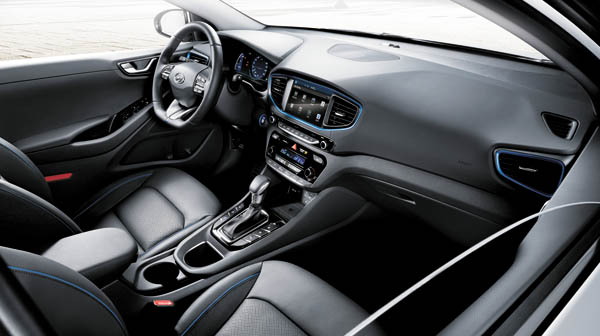 The interior of the hybrid vehicle [HYUNDAI MOTOR]

“The Ioniq is the first car in Korea developed on an exclusively environmentally friendly platform,” said Lee Ki-sang, senior vice president of Hyundai Motor. “This car is the beginning of Hyundai’s future mobility.”

The Ioniq’s rear-wheel drive is built with a new Kappa 1.6 GDI engine, permanent magnet electric motor and a lithium-ion polymer battery that provides 105 horsepower in combination with a six-speed dual clutch transmission, which the automaker said it built only for an HEV. A series of safety options, including advanced air bags, auto emergency braking, a lane departure warning system and rear side parking assist, are basic options.

But the crowning feature of the Ioniq is its 22.4-kilometer-per-liter (52.7-mile-per-gallon) fuel efficiency (based on 15-inch Michelin tires), which the automaker said will likely be the best in its segment. Hyundai said it successfully lowered the weight of the vehicle by using aluminum on the body, including on the engine hood and trunk door, and by using reinforced plastics for the fuel tank.

The Ioniq’s fuel efficiency is a bit higher than the existing third-generation model of Prius, which offers 21 kilometers per liter. It’s not certain whether it will beat the new fourth-generation model that is scheduled to arrive on the local market in March.

“We are not able to reveal specific numbers today, but we think the Ioniq’s fuel efficiency will be a bit higher than the new Prius,” Lee said. “We were able to compare numbers in the United States since the new Prius is already there. There might be some differences in the numbers since the measurement styles are different by region, but we think the Ioniq could be called the segment leader in terms of fuel efficiency.”

Hyundai has been expanding its green car lineup, starting with the Sonata HEV in 2011. Hyundai’s sister company, Kia Motors, rolled out the K5 HEV in 2011 and will launch the Niro HEV SUV this year to further compete with Toyota, a leader in the eco-car market.

According to auto research firm IHS, the market for HEVs will grow to 3.95 million through 2020, and to 5.34 million units if it adds PHEVs, no matter how low international oil prices go, thanks to governments around the world carrying out antipollution policies. Competition in the Korean eco-car market will get more intense later on as Toyota introduces its new Prius and GM Korea rolls out a new Volt EV.