Lotte Duty Free gets a home in Tokyo’s Ginza

Lotte Duty Free gets a home in Tokyo’s Ginza 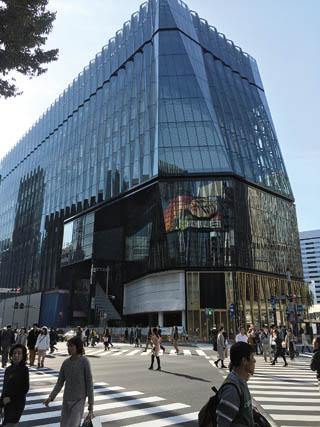 Lotte Duty Free will open in March in an 11-story building near Ginza Station in Tokyo. The duty-free operator officially obtained a license on Wednesday. [LOTTE DUTY FREE]

Lotte Duty Free, the country’s top duty-free operator, may have lost one of its licenses in Seoul, but it is making up for it overseas by securing the right to run a duty-free shop in Tokyo’s glittering Ginza district.

The Korean duty-free operator said Thursday that Japan’s customs service gave approval on Wednesday for a license to build the tax-exempt outlet in Ginza.

The store will be opened in March in an 11-story building near Ginza Station. It will be the first downtown duty-free store in Tokyo.

The Ginza store will be the largest duty-free shop in Japan, with a total of 4,396 square meters (47,318 square feet) on two floors. 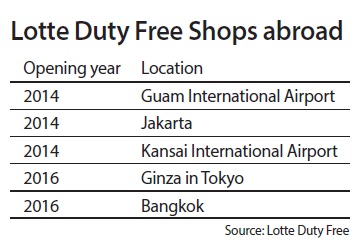 Lotte’s duty-free store in Ginza will be its second in Japan. In September 2014, Lotte earned a license to operate a duty-free business in Kansai International Airport in Osaka.

The approval by Japanese customs offers a rare triumph for Lotte, which has reeled from a series of failed attempts to either maintain duty-free businesses or open up new ones.

In July, Lotte failed to win a license for a new duty-free store in Seoul, while two competitors did: HDC Shilla, a joint venture between Hyundai Development Company and Hotel Shilla, and Hanwha. Four months later, Lotte lost its duty-free license for the World Tower in Jamsil, southern Seoul, in which the company invested 300 billion won ($250 million) when it relocated a duty-free store from Lotte World in 2014.

The retailer plans to open an additional duty-free shop in Osaka and hopes to open three more stores in Japan after 2020.

“We will actively look for global expansion, increasing competitiveness in the local duty-free industry and contributing to tourism” said CEO Jang Sun-wook of Lotte Duty Free.

Outside Japan, it is targeting Asian countries including Thailand and Indonesia. Lotte will launch a new shop in Bangkok within the first half of this year.