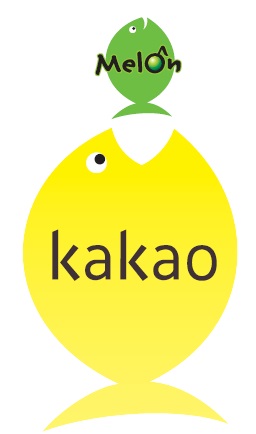 The acquisition of 76.4 percent of the entertainment company will “provide Kakao with key assets to create new content platforms and expand into global markets by leveraging its numerous mobile platforms and Loen’s extensive music content,” the company said in a release.

The acquisition will be finalized in February and Loen is set to become a Kakao subsidiary.

The announcement comes as Kakao, with 40 million KakaoTalk users in Korea and abroad, looks for content platforms as people increasingly consume media on mobile devices such as smartphones and tablet PCs.

Analysts expect Kakao to use MelOn to raise its foothold in Asia - in China in particular - on the back of the popularity of K-pop music and entertainment content. Kakao may also consider building various profit models with its new affiliate. Its online payment system KakaoPay could be embedded with MelOn and sell music for streaming on KakaoPage, a social network run by Kakao.

Kakao’s foray into the content platform business comes as the company has yet to turn a meaningful profit despite an array of new services since its merger with Daum Communications in October 2014. Last year the company bought Locnall, developer of Gimgisa navigation app, for 62.6 billion won, launched taxi-hailing and designated driver services and is set to enter the financial sector with Kakao Bank this year.

“Music is one of the most loved types of content in the mobile era. It is also incredibly powerful in that one song can set trends for an entire generation and influence global pop culture,” said Kakao CEO Jimmy Rim.

“By combining Kakao’s various platforms and content services and Loen’s music content, we expect tremendous synergy that could establish a strong foundation for global expansion.”

The two companies built the basis for a merger by joining a consortium last November to launch Kakao Bank, one of two new Internet banks that will launch this year.

Loen runs a record label and is an agency that manages a handful of singers and actors including IU. MelOn, with 28 million subscribers, controlled almost half the entire streaming music-download market last year, trailed by KT’s Genie, Mnet, Bugs and Soribada.

Kakao has been running its own paid music streaming-download service, Kakao Music, in partnership with the fourth largest player, Bugs, since September 2013.

Both Kakao and Bugs said after the announcement of the MelOn acquisition they would maintain the service, but industry insiders remain skeptical.

Loen has a complicated history. Born in 1978 as the music production company Seoul Record, the company had 60 percent of its shares acquired by SK Telecom in 2005. SK Telecom had Loen run MelOn starting in 2009 and the business thrived. Loen was put under SK Planet, SK Telecom’s content platform subsidiary, in the aftermath of a corporate restructuring in 2011.

SK Planet was forced to sell a sizable portion of Loen to private equity fund Star Invest Holdings in 2013 when the conglomerate was embroiled in an antitrust dispute.

Of the 76.4 percent stake that is going into the hands of Kakao, 61.4 percent comes from Star Invest Holdings and 15 percent from its second-largest shareholder SK Planet.