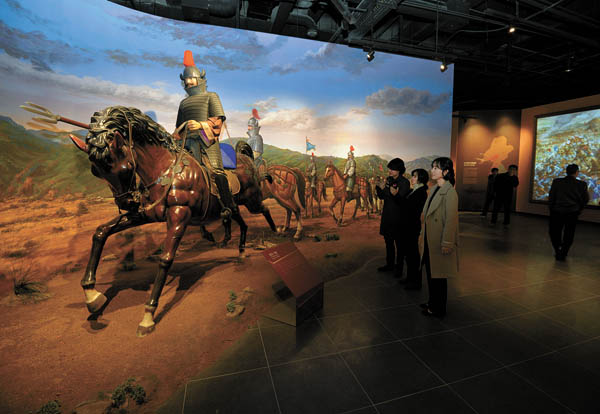 The War Memorial of Korea in Yongsan District, central Seoul, reopened its War History Room last week after a six-month renovation. The exhibition hall is designed to be more interactive than it was before, organizers say. The hall is one of nine exhibition halls at the War Memorial and is dedicated to the history of war on the Korean Peninsula, covering the prehistoric age through the early 20th century. [NEWSIS]