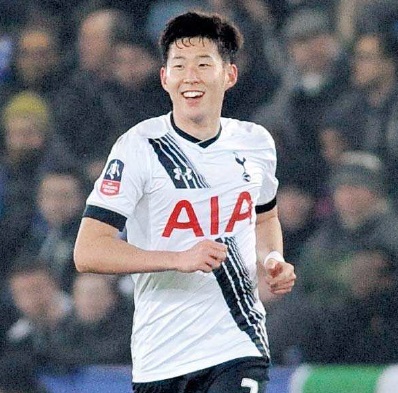 Tottenham Hotspur’s Son Heung-min smiles after scoring against Leicester City during their English FA Cup third round match at the King Power Stadium in Leicester, England, on Wednesday. Son, who got his fifth goal of the season, also had an assist in Tottenham’s 2-0 win. [AP/NEWSIS]