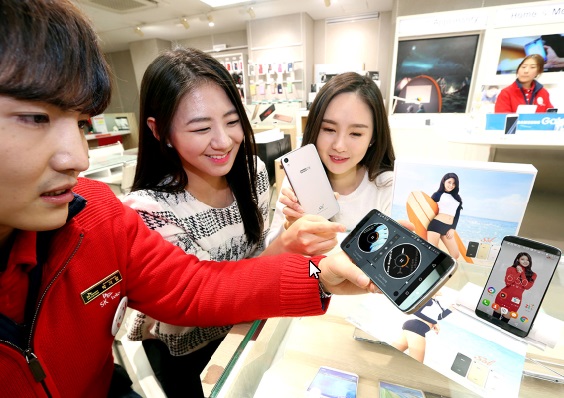 SK Telecom’s new budget smartphone Sol has proved popular among local consumers, and the company is hoping it can break the sales record of 150,000 units in six months set by its first low-price Luna device.

According to SKT on Friday, the company has already received more than 10,000 pre-orders for Sol in just three days, which is about twice the total pre-orders of the Luna.

Fifty-two percent of the orders were from young people in their 20s and 30s, and 24 percent were by people in their 40s, the company said. It added that male consumers seemed to like the model slightly more, as 52 percent of the pre-orders came from men - possibly because the device’s ads feature Seolhyun from the popular K-pop girl group AOA.

The company said Sol appeals to young consumers who want to watch movies or dramas on their phone, thanks to the model’s 5.5-inch full HD display, Qualcomm Octacore AP Chipset, dual speaker, JBL earbuds and an external battery. It’s also lighter than the Luna, at 134 grams compared to the previous model’s 183 grams. 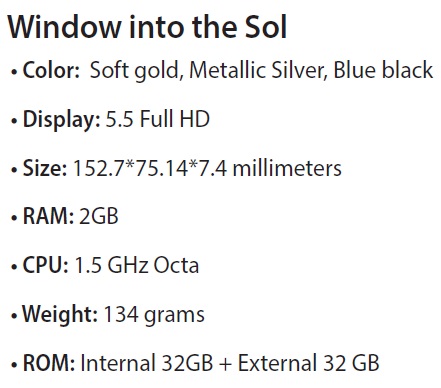 The sticker price of a Sol is 399,300 won ($333), but SKT customers can receive subsidies through certain subscription plans. The company said the device can be acquired at 330,000 won if customers apply for Band Data 100 call plan, or about 272,000 won if they opt for the Band Data 29 program.

“One good sign for the Sol is that we really didn’t have to put much effort into spreading the word about this phone, since customers visited us to learn about its features and price as soon as we made it available for pre-order,” said Kim Jin-tae, an SKT retail store owner. “Many of them were young customers including college students.”

SKT said it has started taking orders for the Sol at its retail stores nationwide and online mall T-World Direct. In order to provide high quality customer’s service, the company will run 100 after-sales service centers exclusively for the device nationwide. SKT said it also will provide consistent software upgrades for Sol in the future.

The competition in the low-to-mid price smartphone market is getting intense among local manufacturers, particularly since the nation’s leading smartphone maker Samsung Electronics recently launched its new Galaxy A Series. One advantage of the new Galaxies is the convenient mobile payment system Samsung Pay, which has been popular among young people. The factory price for the Galaxy A5 and A7 is about 500,000 won, but the price can be lowered to the 200,000 won level with subsidies offered by telecom providers.

“The main target is basically young people who want a high quality phone at a low price,” said a spokesman of Samsung.

Window into the Sol