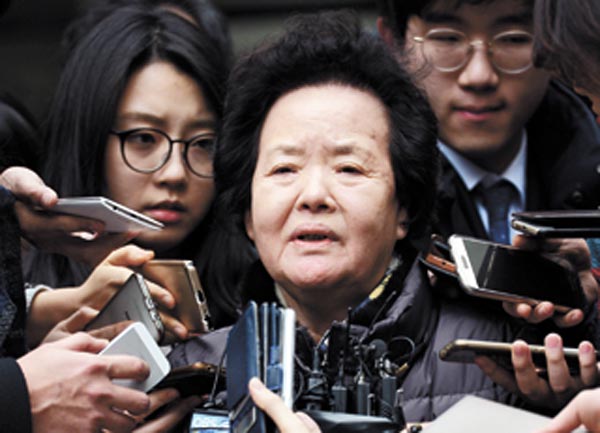 A Seoul court on Friday convicted U.S. citizen Arthur Patterson of murder in the lurid Itaewon murder case and sentenced him to 20 years in prison, almost 19 years after the murder.

Cho was found dead in the restroom of a fast food restaurant, stabbed nine times in the neck and chest.

“There was credibility in confessions by Edward Lee, while Patterson’s comments were inconsistent and contradicted evidence,” the Seoul Central District Court said in the ruling. 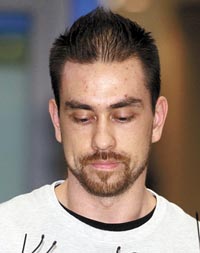 Patterson was extradited to Korea in September to face charges in a reopened investigation into the case and maintained his innocence throughout.

Patterson has denied the murder charge, blaming Lee. The two men were both in the restaurant at the time of the murder, and both accused the other of being the killer.

The court said Patterson’s bloodstained clothes and hands pinpointed him as the assailant.

“Although the defendant committed a cruel crime in 1997, he still has no remorse but shifted the blame on the accomplice Lee,” the court said. A 20-year sentence would have been the maximum punishment possible for Patterson in 1997, when he was 17 years old.

Patterson was living in Korea at the time of the murder as the son of a U.S. military contractor and a Korean mother. Lee, a Korean-American, was a student in Seoul.

In the original trial in 1998, Lee was convicted of murder, and Patterson was convicted of possessing an illegal weapon and attempting to destroy evidence and was sentenced to 18 months in prison. He was granted a special pardon on Liberation Day in 1998.

The same year, Lee was acquitted of murder by the Supreme Court, which ruled that there was insufficient evidence to conclude that the murder had been carried out by one man.

In 1999, Patterson left Korea, taking advantage of the prosecution’s failure to extend a ban on him leaving the country.

Patterson was calm as the verdict was read, staring at the judge and his interpreter by turns.

His defense attorney protested the court’s verdict, arguing that Patterson was falsely charged and that the real culprit succeeded in pulling off the perfect murder.

The lawyer said Patterson will appeal the ruling.

“I’ve spent the past years feeling sorry for Jung-pil because the real culprit hasn’t been caught,” Lee Bok-su, 74, the mother of the victim, told reporters after the trial. “I feel much better now.”

The success of the 2009 film “The Case of the Itaewon Homicide,” along with complaints from Cho’s family, forced the Ministry of Justice to reopen the case and request Patterson’s extradition in 2010.

The statute of limitations for the case was set to expire in April 2012, 15 years after the murder, so prosecutors took action to indict Patterson in 2011. Prosecutors cited new evidence that they claimed could prove Patterson was actually the murderer.

Patterson was arrested by U.S. authorities in May 2011 and repatriated to Korea last September.