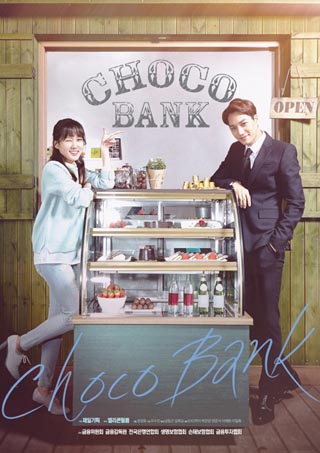 An official poster for the upcoming web drama series “Choco Bank” was unveiled on Sunday.

The drama series depicts the romantic relationship between Kim Eun-haeng (played by Kai) and his love interest named Choco.

The web drama is being produced by the Financial Services Commission and the Financial Supervisory Service, the nation’s two top financial regulators, and it will touch upon financial services such as crowdfunding and switching bank accounts so that ordinary people can understand them more easily through the romance between Eun-haeng and Choco.

Eunhaeng means a bank in Korean.

Eun-heang is a man in his 20s who knows a lot about finance and he comes to assist Choco, who wants to launch her own business.

The web drama series will be unveiled in February through web and mobile apps.

Kai has appeared before for another web drama series, “Exo Next Door,” last year.