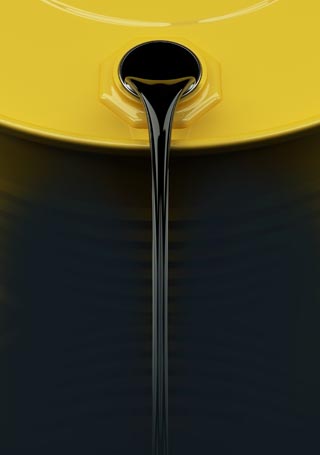 While many believe that the oil refining industry performs better when oil prices go up, profits are actually determined more by supply and demand rather than the cost of crude.

“The demand for oil products rose to 2 percent last year from 1 percent in 2014,” said Lee Do-yeon, a researcher at Korea Investment & Securities. “The supply remained little changed as refineries were struggling from their budget deficits, but now their profit margins have started to grow thanks to the increase in demand.”

The oversupply by oil-producing countries is the main reason for the recent fall in price. The demand for oil products increased as oil prices fell. The cost of oil has dropped, but oil products’ prices did not fall as much due to the high demand.

Local refineries’ exports dropped 41.4 percent from 2014 to $27.3 billion last year, but they performed better than ever.

Local oil companies’ operating profit to sales ratio was also helped by their business structures focusing on exports. Four local refineries exported 430 million barrels, or 45.5 of the total produced, last year, according to the Korea Petroleum Association. The companies exported to 66 countries last year, which is up from 55 countries in 2014.

Oil-producing countries such as Saudi Arabia and Qatar even bought locally refined gasoline and diesel. Efforts by local refineries to expand their markets when the oil price was peaking above $100 a barrel are finally paying off.

Global oil companies, on the other hand, did not perform as well as local companies. BP suffered a net loss of 8 trillion won last year, the worst loss in over 20 years. Exxon Mobil’s profits fell 57 percent in the fourth quarter, while Chevron and Royal Dutch Shell’s credit ratings have been downgraded.

Local airlines were also not that happy with falling oil prices. Airlines tend to do better when oil prices drop since they can save money on jet fuel. However, their profits did not rise as much as expected.

Korean Air said its yearly operating income jumped 58.6 percent to 626.6 billion won last year. However, the carrier’s net loss during the term has increased due to a weaker Korean won recently.

“Korean Air’s foreign debt is around $10.2 billion, and this means the company looses 90 billion won every time the currency weakens by 10 won against the greenback,” said Kang Dong-jin, a researcher at HMC Investment Securities.

A mingled feeling of joy and sorrow between the refineries and airlines appears to continue this year.

“There is a possibility that crude oil prices will rally again, but the demand for it will continue to be high for a while,” said Lee of Korea Investment & Securities. “Local refineries’ operating profit for this year is expected to grow more than 30 percent.”