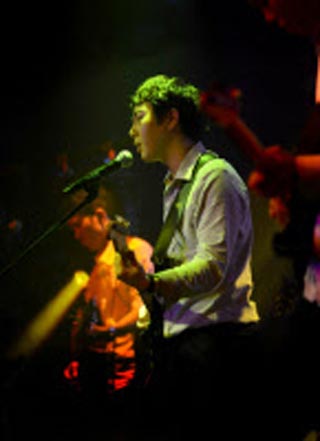 Saturday: Violist Richard Yongjae O’Neill is starting a new year with a solo concert titled “My Way.” In the first part of his concert, the violist will show off his new repertoire consisting of Dmitri Shostakovich’s masterpiece “Viola Sonata, Op. 147.” In the second part, O’Neill will collaborate with the newest generation of classical musicians.

Sunday and Tuesday: Singer Mark Padmore will open the show on Sunday accompanied by pianist Till Fellner, who will perform his own recital two days later. This will be the third performance in Korea for Padmore, the beloved British tenor.

Fellner, a pianist known for performing baroque and romantic music, will be playing in Korea for the first time. He is well known for being associated with the German record label ECM.

Feb. 27: Pianist Son Yeol-eum is holding her first recital in three years, titled “Modern Times.” Her first recital in 2013 received accolades from both critics and audience members for presenting a bright and brilliant program. For the upcoming concert, Son said she will perform pieces from the early 20th century, such as Maurice Ravel’s “Le Tombeau de Couperin” and “La Valse,” as well as Igor Stravinsky’s “Petrushka.”