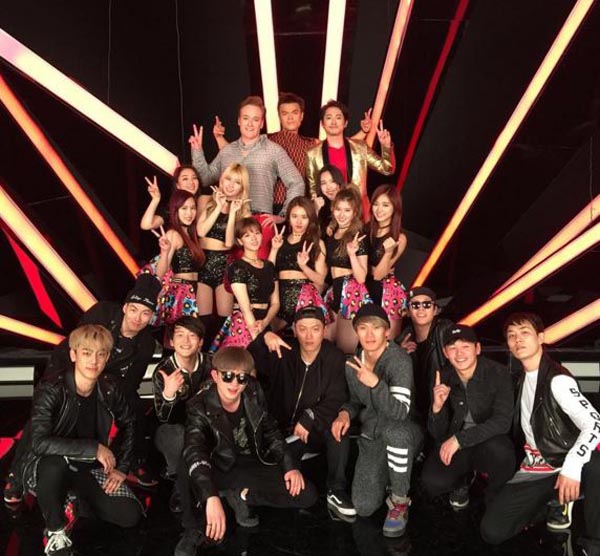 In the photo, various JYP Entertainment acts such as Twice and Wonder Girls could be seen.

O’Brien arrived in Korea for a visit Feb. 14. The American celebrity constantly updated his Instagram with many photos. The photos showing him holding small octopus at Noryangjin Fisheries Wholesale Market and eating at Korean restaurants told much about his early part of the trip.

Then on Feb. 16 O’Brien participated in other broadcasting activities, such as playing a cameo role on the MBC drama “One More Happy Ending.”

The TV host also visited Kukkiwon, the world Taekwondo headquarters, on Wednesday to shoot an episode for his show. The head of the Kukkiwon, Jeong Man-soon, bestowed on O’Brien the third Dan (a rank given to Taekwondo artists) for promoting the sport.

Participating in the JYP music video was the last activity the entertainer took part in before leaving Korea on Friday.