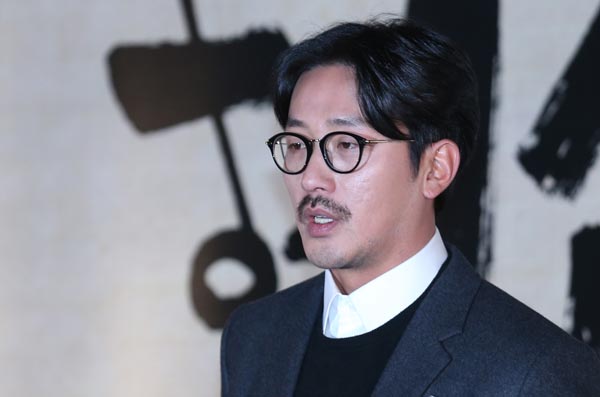 Ha Jung-woo, one of the most prolific actors in the Korean film scene, put a painting of his up for auction.

An art auctioneer, Iauction, announced the actor’s painting titled “Keep Silence” is on the roaster for its major auction in March.

The auctioneer, while estimating Ha’s work to range in value anywhere from 13 million won ($10,600) to 25 million won, described Ha’s work as drawings of his acquaintances, and said, “Ha’s touch invokes pop art and the drawing style from the days of expressionism.”

The film star recently held an exhibition of his work, titled “What Else,” at an art center in southern Seoul. Having sold all 16 of his displayed art pieces at an exhibition in Manhattan, Ha has gained some recognition as a painter.

The March auction will be held at an Iauction exhibition center in central Seoul. The event will put up for auction 221 art pieces, including pottery, Korean folk art, antique paintings and modern art pieces.