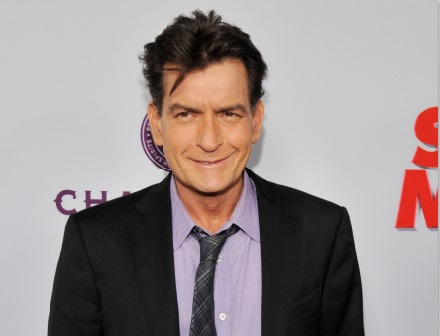 LOS ANGELES - Charlie Sheen recently sold his profit participation rights to comedy series “Two and a Half Men” for nearly $27 million, the actor disclosed in a court filing seeking to cut child support payments for his twin sons.

Sheen’s filing Wednesday seeks to alter his divorce settlement with ex-wife Brooke Mueller. It states his income has changed significantly and he wants to change the $55,000-a month minimum monthly child support payments for his 6-year-old boys.

The actor sold his profit rights to “Two and a Half Men,” which was once television’s top-rated comedy and continues to air on replays, for $26.7 million. The sale occurred in the past year, the filing states.

Sheen’s filing estimates a cut in his monthly income from more than $600,000-a-month down to nearly $167,000 as a result of the sale. He lists more than $12 million in debts, the majority of which is owed on mortgages, taxes, and legal fees.

The actor disclosed in November that he has HIV, the virus that causes AIDS, but has said he’s healthy due to a rigorous drug regimen. His last major project was the FX comedy “Anger Management,” which aired from 2012 to 2014.

Sheen and Mueller ended their marriage in 2011 after less than three years. He also has two daughters with actress Denise Richards.

One aspect of Sheen’s divorce settlement with Mueller was that his child support payments for their sons could not be lower than the amount the actor paid to support his daughters with Richards. Sheen is now seeking to have that provision removed and a judge has scheduled a hearing for April 13.

A call to Mueller’s attorney Lori Howe was not immediately returned Friday.