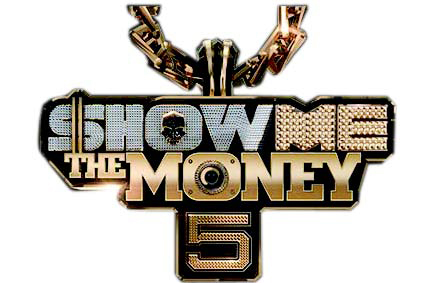 The first preliminary round of the hip-hop competition show “Show Me the Money 5” took place last Saturday and Sunday at the SK Olympic Handball Stadium in southeastern Seoul. Starting early in the morning, about 9,000 competitors plus their friends and families flocked to the venue to take a number and show the judges what they’ve got.

Although the show deals with one of the lesser-known genres of music on a cable channel that some have never watched, the fifth season of Mnet’s “Show Me the Money,” slated to start airing next month, has been garnering more attention from the public than any of the previous editions.

In fact, Jung has often showed his love for hip-hop on “Infinite Challenge,” and one of the other members made him sign up for the competition. So although it wasn’t done officially, the two programs have joined hands in a way, and it remains to be seen how it will affect the typically weak viewership rating of springtime shows.

But to make sure viewers have no misunderstanding, Han Dong-cheol, director of Mnet, stressed that Jung will receive no special treatment, and that he will be treated as “just one of the thousands of participants.” To hear more about the show and Jung’s appearance, Ilgan Sports, an affiliate of the Korea JoongAng Daily, sat down with Han for an interview. Here are some edited excerpts. 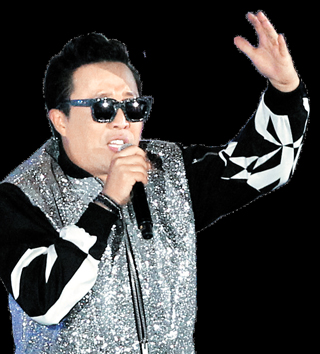 Q. Is there a behind story to Jung’s participation in “Show Me the Money 5?”


A. There’s nothing hidden, and it’s exactly as viewers see it. Jung applied for the competition because he was on some sort of mission for “Infinite Challenge,” and for us, we have no reason to reject a participant who applied properly without going against the rules. All we have to do is follow the rules we’ve set and treat Jung the same as all the other participants.

There must have been some sort of request for cooperation from the “Infinite Challenge” team, wasn’t there?

The show’s producer, Kim Tae-ho, called me personally. I’ve never met him before, but very politely, he asked me if the team could film the process of Jung taking part in the first preliminary round. His request for the shooting made sense, so I had no reason to refuse.

If Jung continues on to the next level, the show will continue to request cooperation. But it’s from a different broadcasting company, perhaps seen as a competitor. Will it be alright for you?

Well, if he survives, he survives. He may even win the competition; you never know. We can’t stop anything from happening. If that happens, “Infinite Challenge” will need to continue shooting, and they’ll continue asking for cooperation. Unless their requests cause our show inconvenience, of course we’ll help them to the best of our ability.

How do you judge Jung as a rapper?

I want to say first that the standard of the producing artists, who will be the judges on “Show Me the Money,” when giving rappers tickets to the next round, is that they are not trying to pick the best rapper out there. They are not trying to line up the best rapper, the next best rapper and then the next and so on. Each producer has his own rap style he prefers and participants he may want to produce for. The production crew of the show totally respects the producing artists’ opinions.

But personally, if I am to judge Jung as a rapper, he’s an excellent rapper. It’s the same thing with singing, rapping, drawing or writing poems. It’s delivering your thoughts and your philosophy to someone else. From that point of view, I think Jung has excellent delivery skills. Perhaps his rap skills or lyrics may be a little behind other young rappers, but I think his delivery is surprisingly good. So to producing artists who stress the importance of delivery, I think he’ll be a very appealing participant.

Do you think his popularity will also serve as his strength in the competition?

I don’t think so. Even if popular movie stars participated in the competition, if they have weird pronunciation or have difficulty in delivering emotions when they rap, we would probably give them a dumbfounded look. Jung has diverse experience on musical and theater stages and is known for his powerful voice. When I hear him rap, I can see that he is very talented at delivering what he wants to say.

Can we expect some other participant as surprising as Jung for this season?

There are a lot. Last year, participants like Black Nut, who is more known in the indie scene, received a lot of attention, and a lot of talents from the indie music scene will show up this year as well. Some known names in other genres of popular culture will also appear.

What do you hope to see in this collaboration with Jung and “Infinite Challenge?”

“Show Me the Money” is already in its fifth season, but it’s still hard to say hip-hop is a popular genre. Therefore, I am very thankful that such a public show like “Infinite Challenge” is featuring hip-hop on one of its episodes. Taking this as an opportunity, I hope awareness of hip-hop can be increased among the general public.