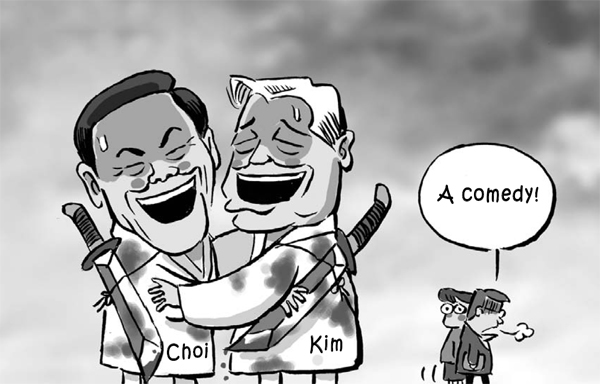 Despite epic battles between Saenuri Party Chairman Kim Moo-sung and Choi Kyung-hwan, a core member of the pro-Park Geun-hye group, over nominations of candidates for the April 13 general election, the two came together to call for a “united victory” after the nominations process concluded.