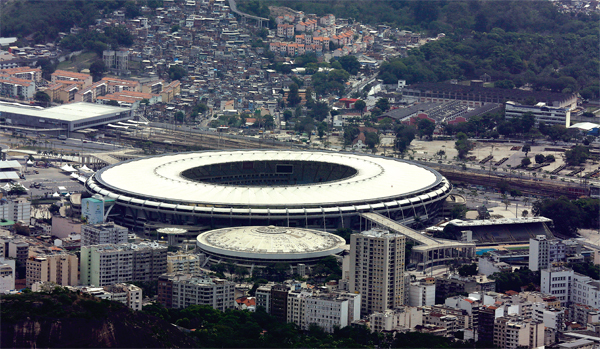 The football draw for the 2016 Rio Olympics is slated for this Thursday at Maracana Stadium in Rio de Janeiro, Brazil. [AP/NEWSIS]

With the football draw for the 2016 Rio Olympics just around the corner, JTBC3 FOX Sports commentator Lee Chun-soo says there’s one grouping that gives South Korea the best shot at advancing to the quarterfinals.

“If South Korean team is allocated to the group with Mexico, Denmark and Fiji, this would be the best scenario,” said Lee.

The draw is slated to take place on this Thursday at Maracana Stadium in Rio de Janeiro, Brazil. With 16 teams participating in the tournament that runs from August 3 to 20, the teams are allocated to four pots with four teams each.
Brazil, Argentina, Mexico and Japan are in pot one; Nigeria, South Korea, Honduras and Iraq are in pot two; Sweden, Fiji, Portugal and South Africa are in pot three; and Algeria, Colombia, Denmark and Germany are in pot four.


Since two teams from the same continent cannot be assigned to the same group, South Korean team will have to play teams from Europe and South America. During the drawing this Thursday, one team from each pot will be allocated to a group. After the group stage, eight teams will advance to the knockout stage.

Few know the stakes of getting a good draw better than Lee, who experienced two different Olympics while he was a national team footballer.

Lee’s first Olympics was in 2000 in Sydney, Australia, when he was 19 years old. Although the team had two wins and one loss, it was unable to advance to the next round.

Things were dramatically different the next time around in Athens. As the ace of the team, Lee led the Taeguk Warriors to the quarterfinals. Although the team’s record was one win and two draws - a worse record than in the previous Olympics ­- the team was able to advance to the knockout stage

Lee says his experience indicates the importance of getting into an advantageous grouping.

“We were disqualified even with two wins in Sydney but in Athens, we advanced to the next round only with five points,” said Lee. “The latter was possible essentially because the teams in the group were very similar in terms of skill.”

South Korea had no luck during the draw for the Sydney Olympics. The team was grouped with powerhouses Spain and Chile, as well as Morocco.

In the first group stage match against Spain, South Korea was dominated 3-0 with footballers like Xavier Hernandez Creus, or Xavi, leading the European team. But it held onto hope, defeating both Morocco and Chile 1-0. The problem, however, was the goal differential. While Spain edged Morocco 2-0, Chile dominated Spain and Morocco by 3-1 and 4-1, respectively. Although Chile was defeated by South Korea, it managed to secure a total of seven goals to place first in the group. Spain followed closely with six goals. Korea didn’t make the cut. 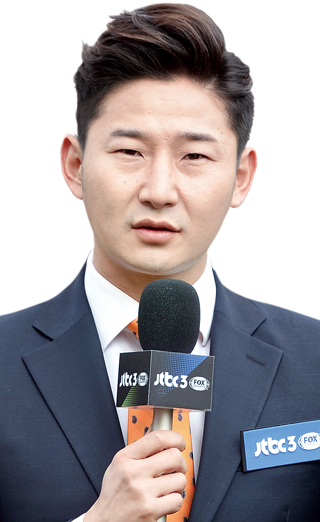 The team’s disqualification was disappointing because that particular national team was considered one of the best in South Korea’s history. It was stacked with legendary players such as Park Ji-sung, Lee Young-pyo and Lee Woon-jae, who were all core members of the team that placed third in the 2002 FIFA World Cup.

But the situation was completely flipped around in the next Olympics. Grouped with Mali, Mexico and Greece, the team was able to advance to the knockout stage despite tying with Mali and Greece and defeating only Mexico.
“Among the teams in pot one, I think South Korea would have the best chance with Mexico,” Lee said. “From Europe, Denmark is a team that South Korea could take on without much difficulty and I think South Korea can grab a win over Fiji without much problem. Being grouped with these three teams would be the most advantageous scenario for us.”

Brazil is a top candidate to win the summer games. Not only is it the host of the Olympics, but the team has also added the national team’s ace striker and captain Neymar da Silva Santos Junior as the wild card. Germany is also a favorite to win the Olympics. After winning the Brazil World Cup in 2014, even Germany’s U-23 team is considered a lethal bunch. Along with Brazil and Germany, Lee says African teams such as South Africa and Algeria should also be feared.

“Our defense struggled against Mali during the Athens Olympics,” recollected Lee. “I asked one of our defenders why was it so difficult playing against the Mali offense. He told me the Mali strikers make turns where it simply seems impossible. Africans players are like that. They are clever and flexible enough to make unpredictable moves. A lot of them are also experienced in European leagues.”