Why is China so quiet?

Why is China so quiet? 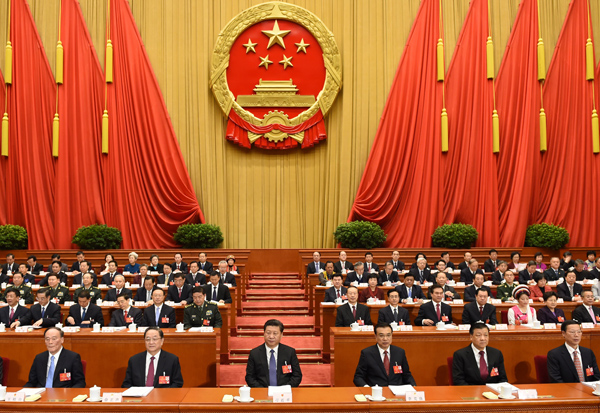 The shockwaves of the Panama Papers are stirring up the world. The prime minister of Iceland stepped down, and U.K. Prime Minister David Cameron came under scrutiny as his father’s name was mentioned in the papers. The only quiet place is China. Chinese President Xi Jinping’s brother-in-law is included in the paper, but the public doesn’t seem to care much. In fact, similar documents had been released by the same group in 2014, but it didn’t become an issue either.

Why so quiet? Strict media control certainly plays a role. If you search “Panama” on a Chinese search engine, an English message, “The search result cannot be shown under the law,” appears. If you search it in Chinese, the same message is shown in Chinese. But that’s not the only reason.

Even if rumors about Xi’s brother-in-law running an offshore company in the Virgin Islands are true, Xi is not likely to suffer from a political crisis. Chinese people not only have no means to make a big deal out of it but also have no will or intention. They are hardly surprised.
For more than 30 years, real estate development has been the most lucrative business during China’s rapid growth. Just as it had been in Korea in the past, those with connections to people in power get to enjoy absolute dominance in getting information and permits in the real estate business. In China, guanxi, or an influence network, resolves everything. Average Chinese citizens think it would be strange that family members of politicians are not wealthy. So they are not stirred when a relative of the most powerful man in China has paper companies in a faraway island.

In fact, Xi is considered to control his family well. Right before he came into power, he had his sister and her husband sell their company. He also had his sister’s family sell shares of the conglomerate before the company went public. The Hong Kong newspaper Ming Pao, which is not particularly favorable toward the Chinese Communist Party, reported that it was a case of good family management. It is another reason for Xi’s solid popularity. Chinese people think that the incident was not too serious to interrupt Xi’s drive to punish corrupt officials.

Another key factor is the system. China has few systematic tools to prevent corruption and lacks an independent judiciary, so the anticorruption drive solely depends on the authorities. And the authorities would not target the most powerful man of the time.

Xi will come out alive and well regardless of the Panama Papers. But that does not eliminate the problems’ source. History has shown that punishing corrupt officials is not enough to eliminate corruption, not without establishing systematic tools. Checks and balances, prosecutorial and judicial independence, and media watchdogs are necessary. But they don’t suit the one-party leadership of the Communist Party. This is China’s dilemma.